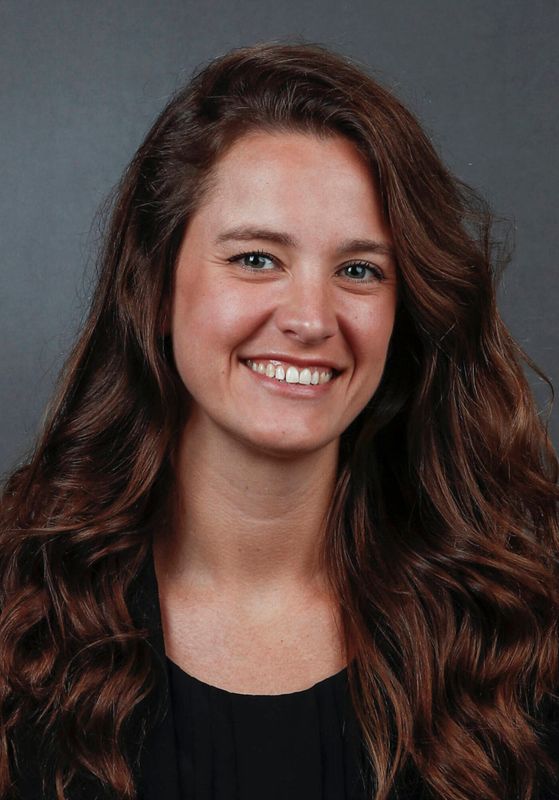 Krisanne Ryther is in her fifth year with the University of Iowa football program, in the position of Recruiting Operations and Special Events Coordinator.

Ryther also is involved with advance travel on away games, including logistics and hotel preparation to assure a smooth operation from team arrival through team departure. This includes advance travel on bowl trips.

In working with camps, Ryther is involved in registration and operational logistics for campers.

She manages the hiring, supervision, and evaluations of the Iowa Football Student Office Assistants, to ensure optimal office coverage and exceptional administrative support.

Ryther served as the Director of Public Relations for the Arizona Rattlers of the Arena Football League from January-December, 2011.

While attending the University of Iowa, Ryther was an event coordination intern within UI athletics, and co-chairman of the Hawkeye Host student organization within the UI football program. She also was a sports reporter for the Daily Iowan, the UI’s award-winning student newspaper.

Ryther earned her bachelor’s and master’s degrees from Iowa, majoring in Journalism and Mass Communications and Health & Sports Studies as an undergrad (2010), followed by Sport & Recreation Management as a graduate student (2019).

Ryther is a native of Marion, Iowa. She is engaged to Iowa field hockey assistant coach, Roz Ellis.