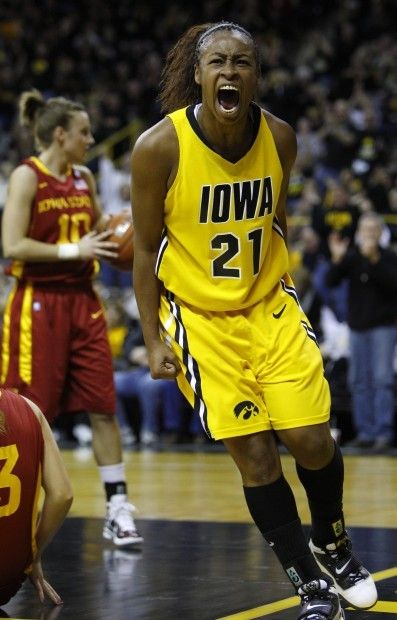 What others are saying about Kachine Alexander

“She is one of the most tenacious defenders and relentless rebounders in the nation. I think she has a determined will to rebound on every possession. That’s what separates her from others. She understands that’s one of her strengths and that can help her teammates.”
– CBS Sports Analyst Debbie Antonelli

“For Alexander, there won’t be any second chance at writing that kind of ending. And that’s all the more reason not to take your eyes off arguably the best pound-for-pound player in the nation.”
– ESPN.com writer Graham Hays

“She is the best rebounding guard in the country. That is a fact.”
– Big Ten Network Analyst Mary Murphy

“She’s a monster. She is a great rebounder, hard-nosed and loves contact. She’s the heart and soul of the team. Every coach would love to have someone like her.”
– Rutgers Head Coach C. Vivian Stringer

“I love Kachine Alexander. I think she has a lot of spunk that can carry that team. She does things that make her teammates play at a higher level. The passion that she plays with, she’s just a complete player.”
– Michigan State Head Coach Suzy Merchant

“Late in the game, she willed the team to win. She just refused to lose.”
– Illinois Head Coach Jolette Law

“You can see the speed of (Kachine) Alexander on display. That’s really what she is good at. She can put the ball on the deck and accelerate to another speed. Another velocity almost.”
– ESPN Analyst LaChina Robinson