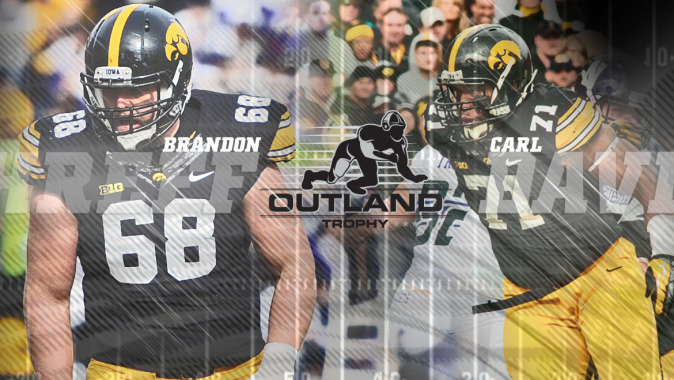 Scherff, a 6-foot-5, 320-pound senior offensive lineman, started all 13 games at left tackle last year as Iowa posted an 8-5 record and competed at the 2014 Outback Bowl. The Denison, Iowa, native was the recipient of the team’s Roy. J. Carver Offensive Most Valuable Player and Team Hustle awards, and recognized as second team All-America by FWAA in 2014.

The Hawkeyes open the 2014 season at home against Northern Iowa on Aug. 30 inside Kinnick Stadium. Tickets are available for purchase by contacting the UI Athletics Ticket Office at (800) IA-HAWKS and online at hawkeyesports.com For more information on the Outland Trophy visit: sportswriters.net.