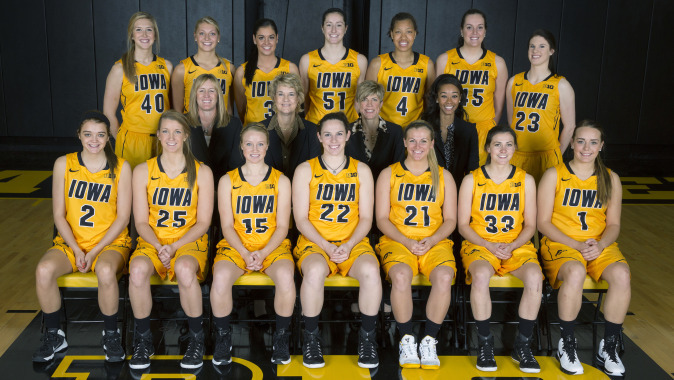 IOWA CITY, Iowa — The University of Iowa women’s basketball team is ranked No. 19 in the Preseason Associated Press Top-25 poll.

The Hawkeyes finished the 2013-14 season ranked 19th in the AP Top-25 Poll, and 26th (receiving votes) in the USA Today Coaches Poll. Iowa was ranked for eight weeks last season in the AP Poll, and received votes in nine additional weeks.

The Big Ten is tied with the ACC for the most ranked teams in the poll (five). Big Ten newcomer Maryland sits at No. 10, while Michigan State (No. 14), Nebraska (No. 16) and Iowa all cracked the top-20. Rutgers is tied for 24th. Purdue, Penn State, Minnesota, and Northwestern are all receiving votes.