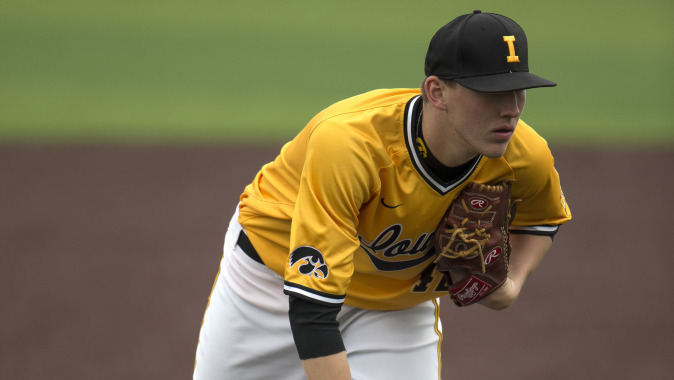 IOWA CITY, Iowa — University of Iowa senior Nick Hibbing has been named the Big Ten Pitcher of the Week, it was announced Tuesday by the league office. It is the first honor of Hibbing’s career.

The Lindenhurst, Illinois, native earned the distinction after throwing four shutout innings to close out Iowa’s 7-1 victory and complete the weekend sweep of Minnesota on May 10. It was Hibbing’s team-leading sixth save of the season and his league-leading fifth save in Big Ten play.

The right-handed relief pitcher scattered three hits in the outing and had two strikeouts without walking a batter. Hibbing’s scoreless innings streak is now up to 14 2/3 innings, and he hasn’t had a walk since the season opener against Kansas State — a span of 33 innings. Hibbing has 28 strikeouts to two walks in 34 innings.

The appearance was Hibbing’s 76th as a Hawkeye, moving him into a tie for second place in school history. The save was the 15th of his career, the fourth-most in program history.