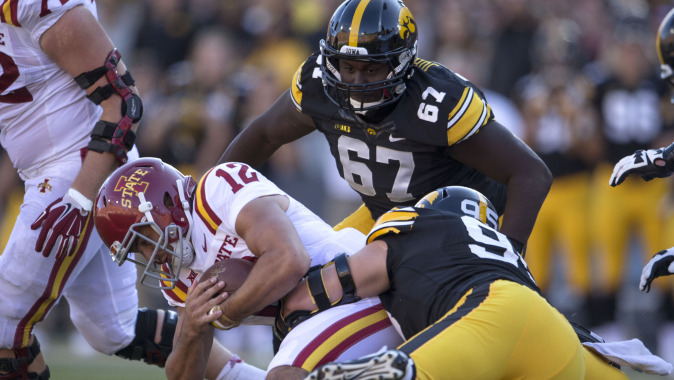 IOWA CITY, Iowa — The University of Iowa football game at Iowa State, a part of the Iowa Corn Cy-Hawk Series, will kick off at 3:30 p.m. (CT), on Saturday, Sept. 12, at Jack Trice Stadium in Ames. The game will be televised on FOX to a national audience.

Iowa’s contest at Iowa State is the fifth game on the Hawkeye schedule assigned a start time. Iowa hosts two primetime games in Kinnick Stadium, including a nonconference contest against Pittsburgh (Sept. 19) and a Big Ten Conference tilt against Minnesota (Nov. 14). Both contests start at 7 p.m. and will be televised on BTN.

Iowa’s Homecoming contest against Illinois (Oct. 10) and the game at Northwestern (Oct., 17) kick off at 11 a.m. Television information for those two games has not been announced.

Start times and television information for Iowa’s remaining games have not been released. The Big Ten Conference is expected to announce start times for the first three weeks of the season in the near future.