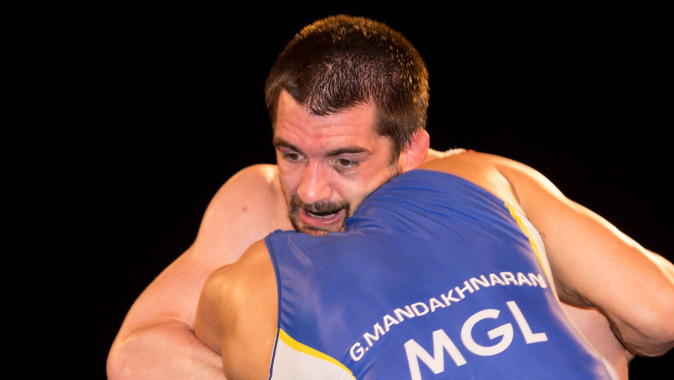 Stoll wrestles in the 120 kg/264 lb. bracket Friday at 9 a.m. (CT) in Madison, Wisconsin. He is one of seven Hawkeyes, past or present, competing for a roster spot on Team USA this weekend.

McDonough placed fifth at 57 kg/125.5 lbs. at the U.S. Open to qualify for the World Team Trials. If he wins his challenge tournament he faces Ramos for the title.

St. John qualified for the Trials with a fifth place finish at 70 kg/154 lbs. at the U.S. Open. A run through the challenge tournament earns him a shot a U.S. Open champion Nick Marable.

Keddy won the Northern Plains Regionals to qualify for the Trials at 86 kg/189 lbs. Jake Herbert, a 2012 Olympian and reigning U.S. Open champion, waits in the finals.

Dennis placed fourth at the U.S. Open to earn a spot in the Trials field. The winner of Dennis’ bracket faces two-time World Team member Reece Humphrey in the in finals.

Andrew Hochstrasser is the top seed in the 57 kg/125.5 lb. challenge tournament. Ramos defeated Hochstrasser with a late takedown in the finals of the 2015 U.S. Open.