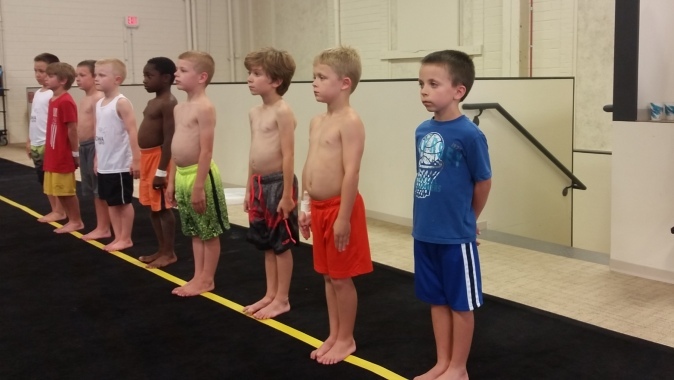 IOWA CITY, Iowa — The University of Iowa men’s gymnastics team completed its annual summer camp yesterday. It was the most successful camp in years.

Kids from all over the country showed up at the newly renovated UI Field House last Friday, eager to improve their gymnastics from some of the country’s best teachers. The camp also saw an increase in attendance.

“We are starting to attract better athletes at all levels,” head coach JD Reive said. “Parents and coaches trust us so they send gymnasts. It’s all coupled with the fact that our team is getting significantly better, and we have a brand new facility that makes a huge difference.”

The camp was open for kids between the ages of 8-18 who train three times a day with breaks for lunch and dinner. The coaches’ philosophy behind the summer camp is all about learning in hopes that they can help a gymnast continue the sport after the camp has concluded.

“It’s a learning and teaching camp, and we work really hard with them,” Reive said. “It’s fun but it’s something that they can use to continue the sport and we’ve seen that year in and year out. That’s why we have the camp the length that it is.”

One of the coaches Reive brings in to help with the camp is former All-American gymnast and Iowa alum Lou Ditilio.

“He is one of my best friends and we’ve known each other since we were 10,” Reive said. “We’ve been doing camps together since 2004 and now he gets to come back and see the new facility.” With a new facility in use Reive says that this is the first year that he has been able to run the camp without any limitations.

“The camp that we’ve wanted to run here at Iowa is finally happening,” Reive said. “We were able to set up all the stations, all the drills and all the things we do to teach the sport of gymnastics. There were no limitations and you can see it in the attendance. This was our largest group by almost double.”

Eyas gymnastics is one of the local gyms that provide many of the gymnasts during the camp. Run by Reive’s wife Doni Thompson, they work together to grow they local gymnastics community.

“Eyas gymnastics trains in this facility in the evenings,” Reive said. “They are a big part of the campus and community. Our big push is to develop gymnastics in the community at the grassroots level, expose the sport and grow it.”

The camp also provides a chance for gymnastics coaches around the area to come watch, learn and develop a curriculum for how they go about teaching gymnastics in their program.

“This is all about growing gymnastics from the beginning levels in the state of Iowa and we’re really starting to see gains from what we’ve put in the past couple years,” Reive said.