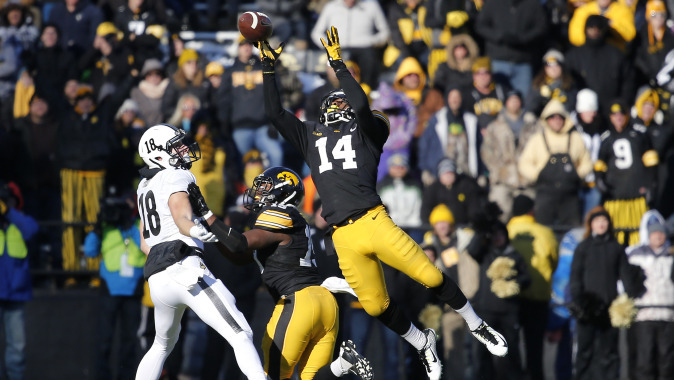 IOWA CITY, Iowa — University of Iowa defensive back Desmond King has been named to the Walter Camp All-America first team. The announcement was made Thursday at the Home Depot College Football Awards Show in Atlanta, Georgia.

King was earlier named the Tatum-Woodson Big Ten Conference Defensive Back of the Year and was a first team All-Big Ten selection. King is also one of five Players to Watch for the Walter Camp Player of the Year Award, and is one of three finalists for the Jim Thorpe Award.

King has recorded 67 tackles, with one tackle for loss, and 12 pass break-ups to go with his eight interceptions. King has also handled kickoff returns (25.6) and punt returns (12.7) throughout the season.

Members of the Walter Camp All-America team are recognized in New Haven, Connecticut, on Saturday, Jan. 16 on the campus of Yale University.