Bohannon (6-foot-1, 185 pounds) played in 10 games in 2019-20 before undergoing season-ending hip (left) surgery in December; he had the same procedure successfully performed on his right hip last May. Bohannon averaged 8.8 points and 3.3 assists per game in the 10 games, helping Iowa record seven victories, including wins over Iowa State, No. 12 Texas Tech, Minnesota, and Syracuse.

The Marion, Iowa, native holds the Iowa record with 284 career 3-pointers made, breaking the school record in three seasons. He enters his final season as a Hawkeye with career totals of 1,310 points, 504, assists, 250 rebounds, and 82 steals. 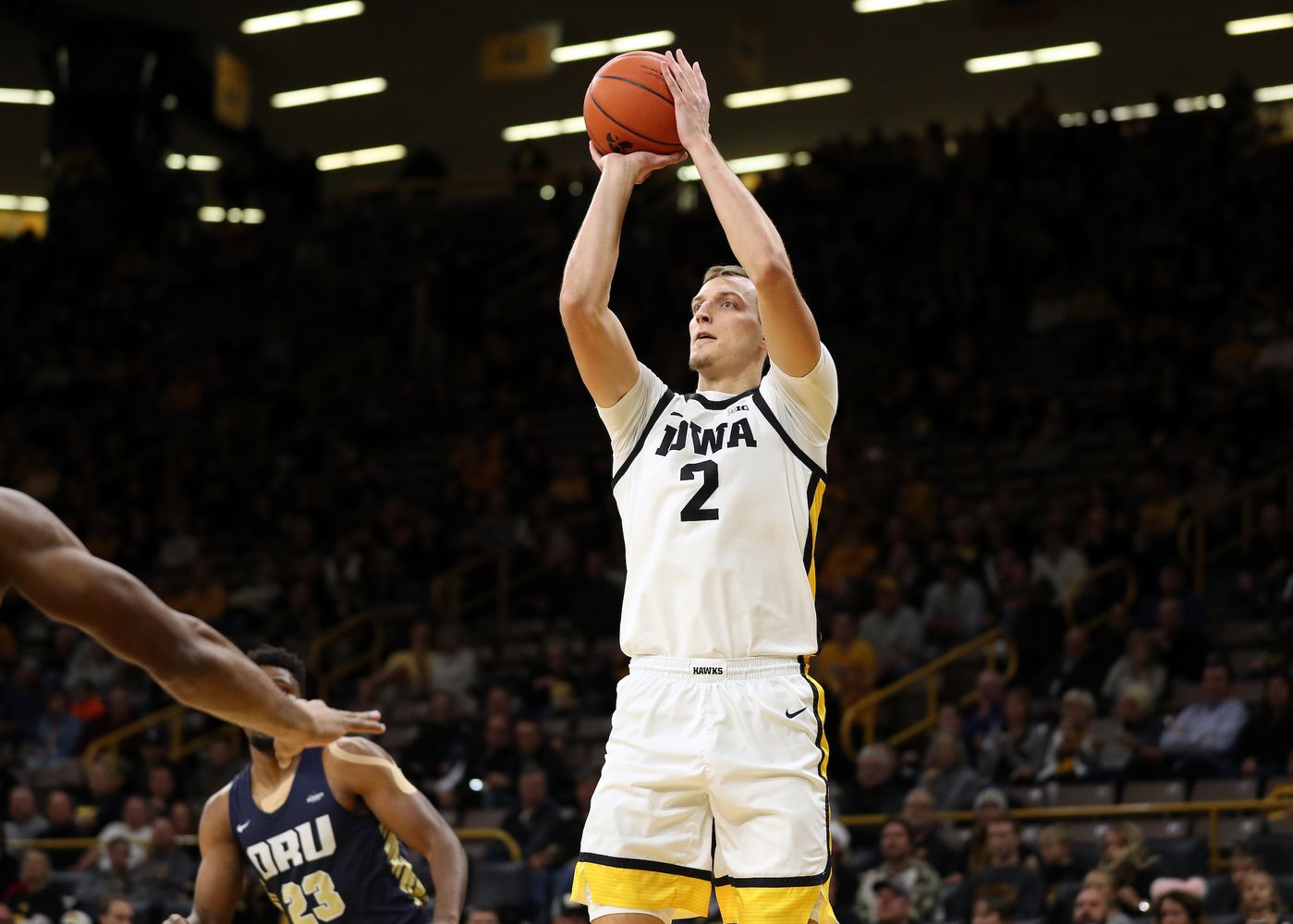 Nunge (6-foot-11, 245 pounds) suffered a season-ending torn anterior cruciate ligament (ACL) of his right knee versus Cal Pol on Nov. 24. After redshirting his second year of eligibility (2018-19), Nunge saw action in only five games prior to the injury. He started all five contests, averaging six points, 4.6 rebounds, and 1.8 assists. Nunge was named Academic All-Big Ten on Monday, the second time in as many years that the accounting major has earned the academic recognition.

Bohannon and Nunge are the third and fourth Hawkeyes in three years to receive a hardship waiver (Connor McCaffery in 2018; Cordell Pemsl in 2019).