Van Heuvelen Treadwell is the first Hawkeye in school history to win the award. She compiled a 10-1 record competing at the No. 1 position in the spring. It was the best start for a Hawkeye since 2010. She had seven wins in a row at No. 1 singles before the season ended, a career-long win streak.

She had a 7-3 singles record in the fall and reached the quarterfinals at the ITA Regionals.

"This is a great honor for Elise, and she is so deserving of this recognition from our region. Elise competed hard in every match this past season, and her 10-1 record from the spring is evidence of her fight and strong play all season long. As a freshman Elise was Big Ten Freshman of the Year, and now as a senior she is the ITA Central Regional Senior of the Year, what a tribute to Elise." 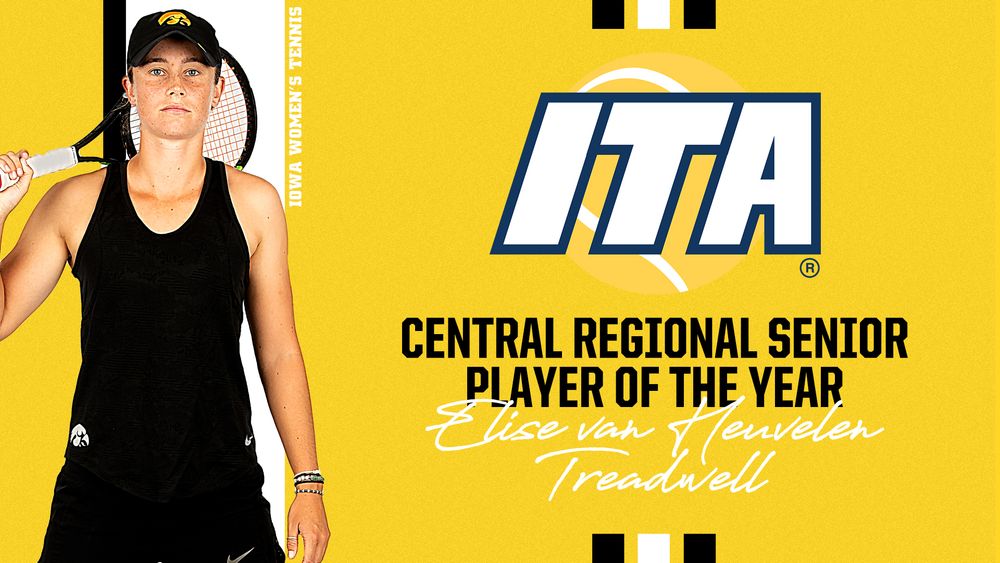 Van Heuvelen Treadwell is now in consideration for ITA national senior of the year.

The last ITA regional playing award for the Hawkeyes came in 2009 when Sonja Molner was named the ITA Midwest Region Rookie of the Year.

The Big Ten women’s tennis all-conference teams and players of the year will be announced Tuesday.