THIS WEEK
The University of Iowa soccer team will host Michigan on March 4 in its home opener. The game will be held at the TBK Sports Complex in Bettendorf, Iowa, beginning at noon (CT).  The Hawkeyes also host Northwestern in Bettendorf on March 8 at 11 a.m. Due to the coronavirus pandemic, general admission fans will not be permitted to attend the contests.

LAST GAME
Iowa fell 2-0 at Indiana at Bill Armstrong Stadium in Bloomington, Indiana. The Hoosiers were propelled to victory by two goals from Avery Forbes. Redshirt sophomore goalkeeper Monica Wilhelm made three saves in the span of 40 seconds in the second half, but it wasn’t enough for the Hawkeyes to pull out a win. 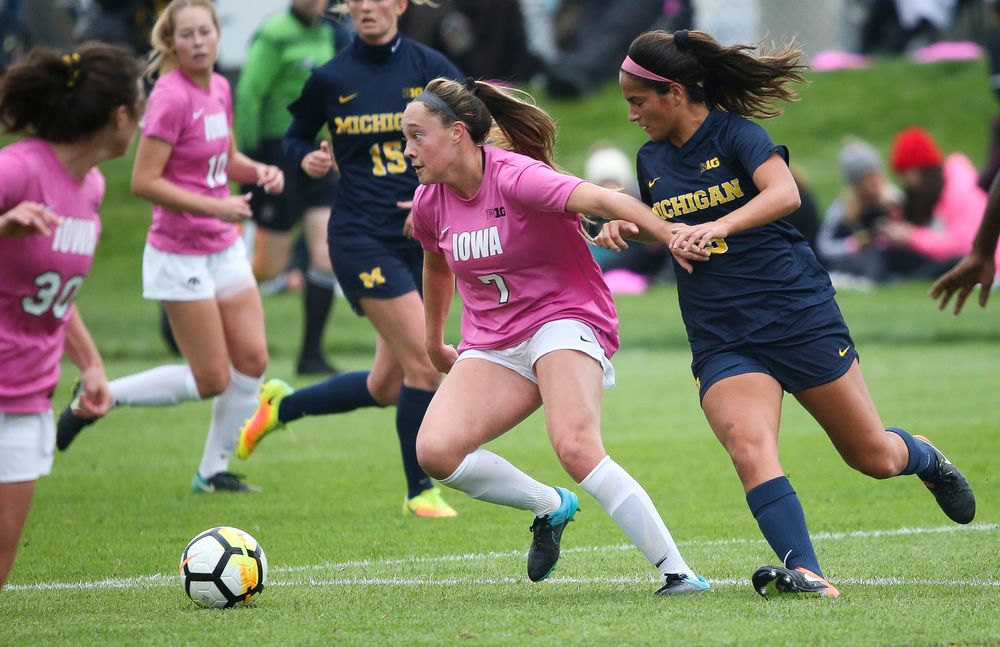 90 TRACKER
Junior Sara Wheaton is the only Hawkeye position player to have reached 90 minutes in each of Iowa’s three games this season. Other Hawkeyes to play all 90 minutes include: Aleisha Ganief (2),  Samantha Cary (1), and Rielee Fetty (1).

DEFENSIVE DEFENDERS
The Hawkeyes most experienced position on the roster is the defender position where juniors Sara Wheaton and sophomore Sam Cary started every game in 2019.  The duo was instrumental in Iowa allowing just 18 goals in 21 games and posting six shutouts.

WHO’S IN GOAL
For the first time in four seasons, Iowa has a starter not named Claire Graves in goal.  Redshirt sophomore Monica Wilhelm has helmed the goal in each of Iowa’s first three games.

2021 HOME GAMES “AWAY” FROM HOME
The Hawkeyes will play “home” games away from Iowa City for at least the early portion of the 2021 season.  Iowa will play its first two home games this week at the TBK Banks Sports Complex in Bettendorf on March 4 and March 8.  The Hawkeyes also could also play games in Cedar Rapids at Mount Mercy.

UP NEXT
Iowa hosts Minnesota on March 14.  A time and location will be dependent on weather.