Guerin is a first-team selection on floor, while Henderson (floor) and Kenlin (beam) earned second-team honors. It is the first time in school history Iowa has had three All-Americans in the same season and the first time since 2004 the team has had multiple All-Americans. 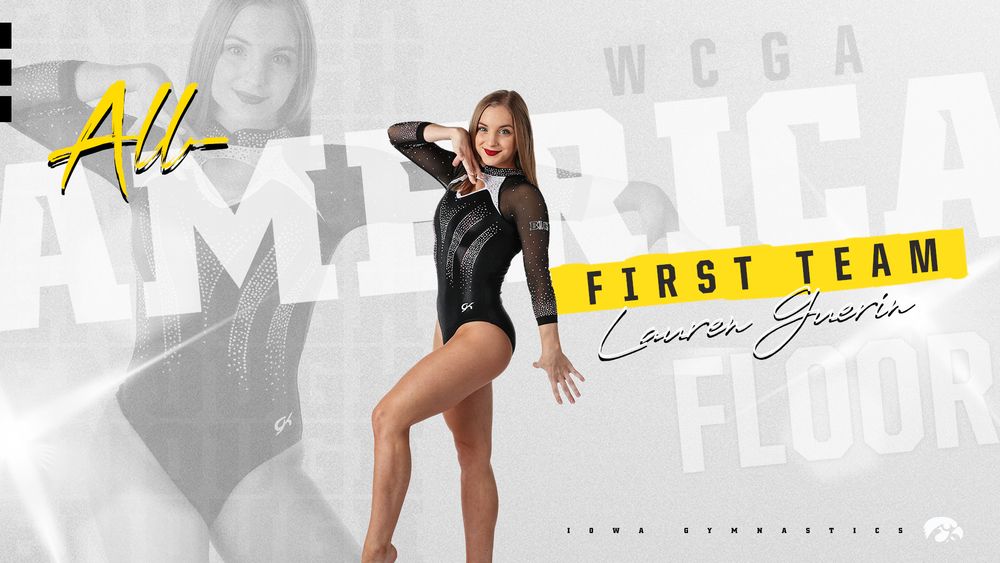 Guerin earned first-team honors after having a 9.950 NQS on floor. It is Guerin’s second All-America distinction, as she was a WGCA second-team All-American in 2020. The Austin, Texas, native has posted four 9.950s during her junior season. The final one came at the Big Ten Championships, where she earned a share of the Big Ten title. 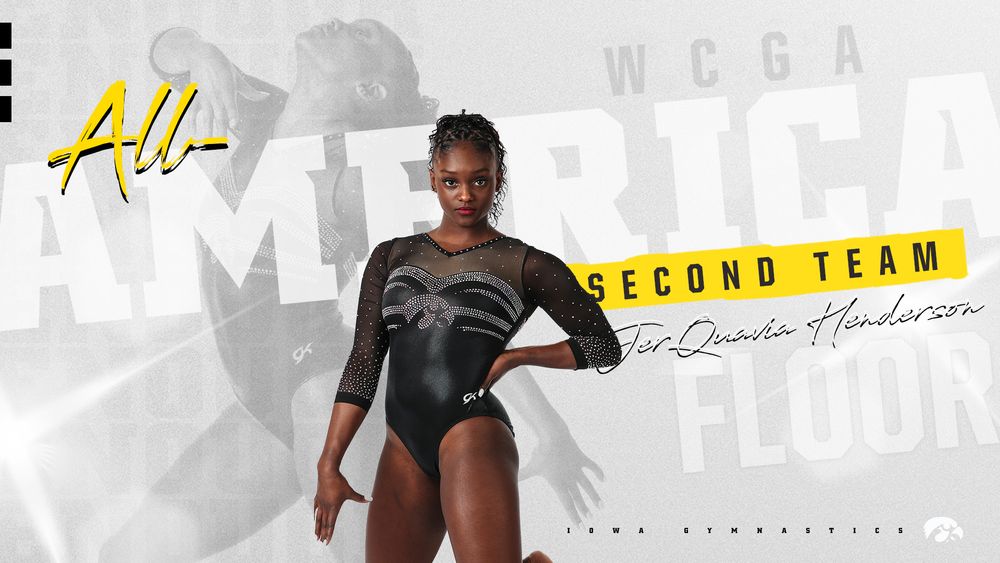 Henderson earned second-team All-America honors – the first of her career — on floor with a 9.944 NQS.  The Peoria, Illinois, native shared the Big Ten title on floor with her 9.950 at the Big Ten Championships last weekend in Minneapolis.  Henderson, a first-team All-Big Ten selection, tied the school record on floor, scoring a 9.975 in the tri-meet against Minnesota and Maryland on Feb. 13.  She received a 10.00 from one judge to tie the record last set in 2004. 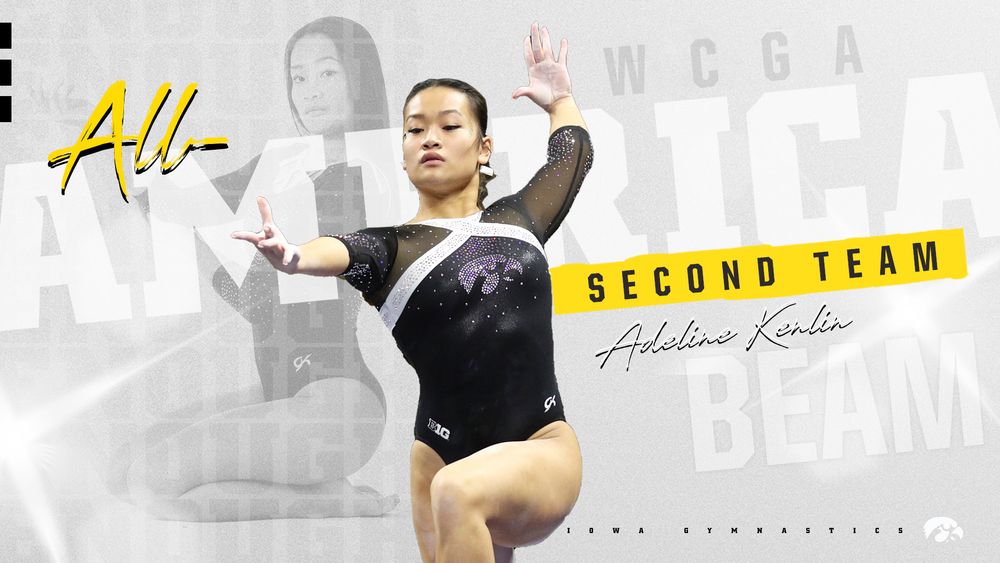 Kenlin finished with a NQS of 9.944 on beam to earn All-America distinction as a freshman. The Iowa City, Iowa, native scored 9.900 or higher on beam in five meets during the season, including tying a school record 9.975 at Nebraska on March 14. Kenlin, a first-team All-Big Ten selection and the Big Ten Freshman of the Year, received one 10.000 during the meet en route to tying the school record last achieved in 2002.

The Hawkeyes, the Big Ten regular season champion, earned a spot in the NCAA Tuscaloosa Regional, where they will compete against seventh-seeded Alabama, 10th-seeded Arkansas, and Iowa State on April 3 at the University of Alabama’s Coleman Coliseum. The top two teams in the session will advance to the April 4 Regional Final.