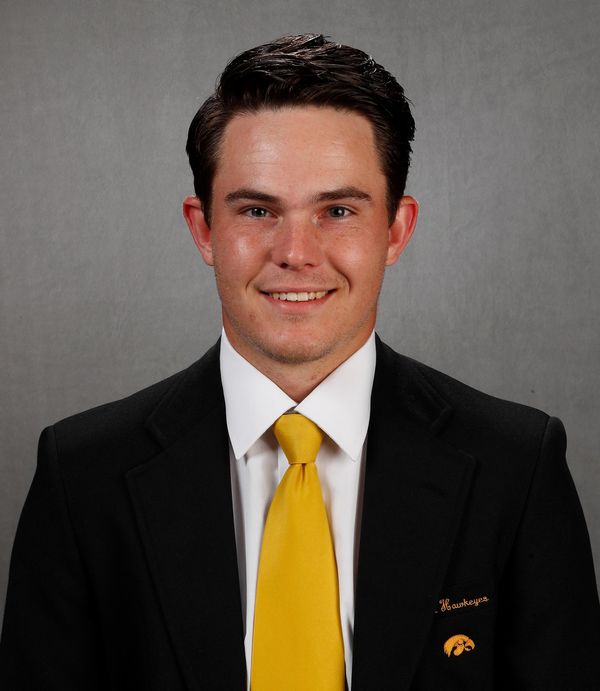 Spring 2019 – Won nine singles matches, playing mostly on courts two and No. 3… won a combined 16 doubles matches with partner Kareem Allaf, eight on court one and eight at No. 2, which ties for sixth best during the spring season in program history… posted a 5-2 Big Ten record in doubles, including wins over No. 52 and No. 53 ranked opponents… Iowa Men’s Tennis Big Ten Sportsmanship Award recipient… letterwinner.

Fall 2018 – Won four singles matches, including advancing to the Round of 16 of the Big Ten Singles Championships… won three doubles matches.

Spring 2018 — Ranked as high as No. 54 in the country in doubles with partner Kareem Allaf at No. 1… won four matches over nationally-ranked opponents: No. 17 Broom/Horneffer (Dartmouth), No. 79 Curry/Mylnikov (Texas Tech), No. 47 Vukic/Hiltzik (Illinois), and No. 56 Stary/Vandixhorn (Northwestern)… won a career-best five straight doubles matches between April 8-26… won 10 singles matches playing mostly at No. 5 (8-9)… won three straight singles matches twice… letterwinner.

Personal — Born on July 13, 1996, in Copenhagen… economics major… son of Bo Larsen and Dorte Zacho… has a younger sister, Camilla.

What has been your biggest tennis moment so far in your career?
I went to Roland Garros in 2010, and got to talk to players like Novak Djokovic, Roger Federer and Robin Soderling. That was a huge moment. And also to see all the players play there the first two weeks, especially Rafael Nadal and Roger Federer. Also now to have been recruited by the University of Iowa to this unreal great team all around.

What are your plans following graduation?
I want to go pro. No doubt.