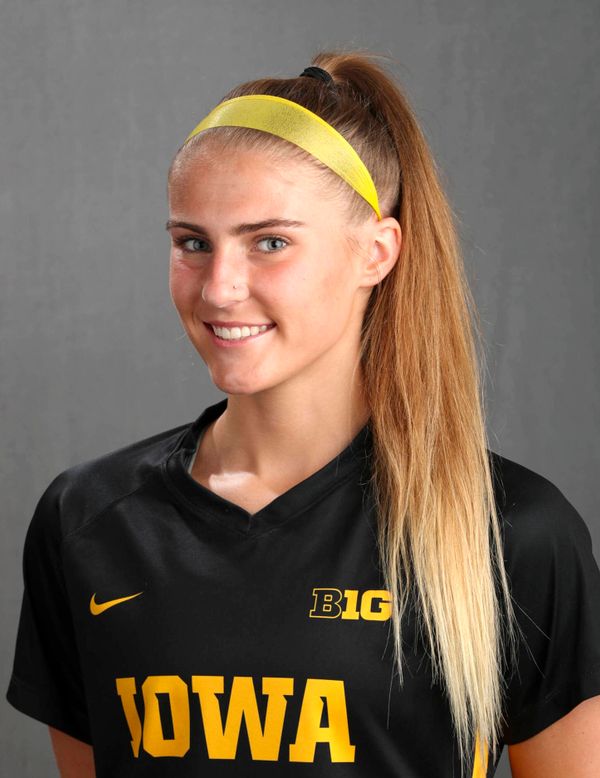 2021 Honors – 2021 – started eight of the 16 games she competed in this season… logging 728 minutes.. scored one goal and tallied two assists… attempted ten shots with four on target… she scored the game winning goal in her first start of the season against Northwestern (9/19)… her assist to Riley Burns helped lead the Hawkeyes to a 2-0 victory over Kansas City (9/09). Helped Iowa’s defense give up 20 goals with six clean sheets and average nearly a goal an a half every game.

2020 Honors – Named to the Dean’s List during the fall semester. 2020 – Saw action in nine games with six starts… attempted seven shots with five being on goal… logged 595 minutes… started the first six games… missed the final seven games because of injury.

High School — Played nine years for BYSC Corona United… invited two years to a U.S. National Training Center and four times to the Cal South ODP… second-team all-conference selection as a junior… two-time team captain… had the highest GPA in the district for soccer in 2016-17 and 2017-18… three-time Gold Honoral for posting a 4.0 grade point average.

Personal — Born May 12, 2002… daughter of Darin and Melissa Johnston… has a twin sister, Ashby, and an older sister Tannor… majoring in pre-business.