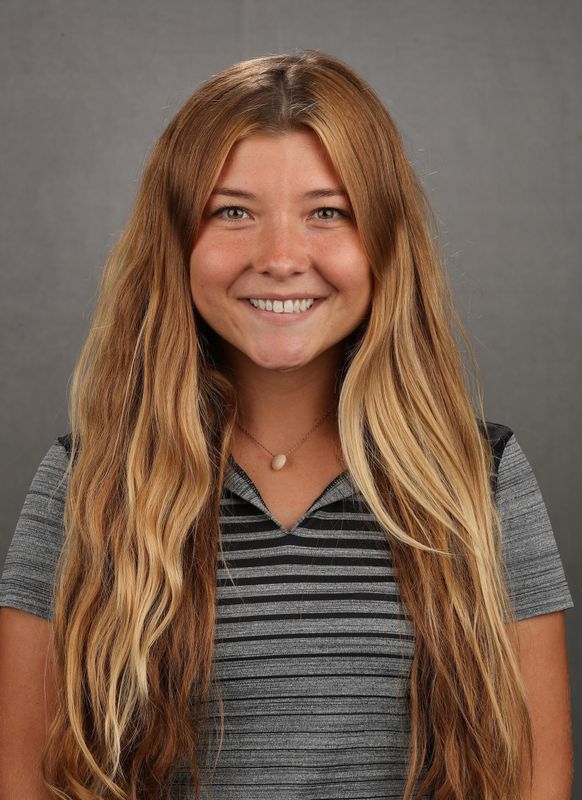 Stephanie Burak is in her fifth season as the director of soccer operations with the University of Iowa women’s soccer program.

In four seasons, Burak has helped the program to 42 victories, two NCAA Tournament appearances and the first Big Ten title in school history.

In 2021, Burak helped guide Iowa to a 12-6-2 season and a winning 5-4-1 record in the Big Ten.  The Hawkeyes advanced to the Big Ten Tournament semifinal with a 1-0 first round victory at Michigan State before falling to Rutgers in Piscataway. Five Hawkeyes earned Big Ten Conference postseason honors. Sara Wheaton was named to the All-Big Ten second team, while Alyssa Walker and Hailey Rydberg picked up third-team honors. Addie Bundy was a unanimous selection on the All-Freshman team and Riley Whitaker was one of 14 players to earn the conference sportsmanship award. The 2021 postseason team marks the first time in 21 years Iowa had three players named to one of the top three All-Big Ten teams. In 2000, Sarah Lynch (first team), Julie Atkocaitis (second team) and Kate Walse each earned all-conference recognition.

During the 2020 season, Burak helped the team to its second straight NCAA Tournament berth.  After starting the season slowly, the Hawkeyes were playing their best soccer when matter most — in the postseason.

Academically, the program shined as Iowa was the only school in the country to have two first-team Academic All-Americans.  Iowa also had three United Soccer Academic All-Region and a school-record 19 Academic All-Big Ten selections.

During her first season as a Hawkeye, Burak helped the Hawkeyes to an 8-7-3 overall record and a 4-5-2 mark in Big Ten play.  Iowa was in Big Ten Tournament contention until the final game, but fell short after battling Northwestern to a 1-1 draw.  Junior Natalie Winters was a third-team all-region and third-team All-Big Ten selection — Iowa’s first all-region honoree since 2014.

Burak also handled much of the logistics for Iowa soccer’s first-ever foreign tour.  The Hawkeyes traveled to Germany, Sweden, and Denmark for a 10-day tour in May, 2019.

Burak joined the Hawkeyes following a five-year stint with Athletes in Action in Chicago and Ann Arbor, Michigan.  She was a part of AIA’s campus staff and leadership team.

While in Chicago, Burak served in several capacities at Northwestern.  She was the compliance and academic services/student development intern in 2016 and a community relations intern in 2015.

Burak, a native of Brighton, Michigan, graduated from Michigan with a bachelor’s degree in sport management in 2016.  She is married to former Iowa wrestling All-American, Nathan Burak and the couple has a daughter, Mercy.