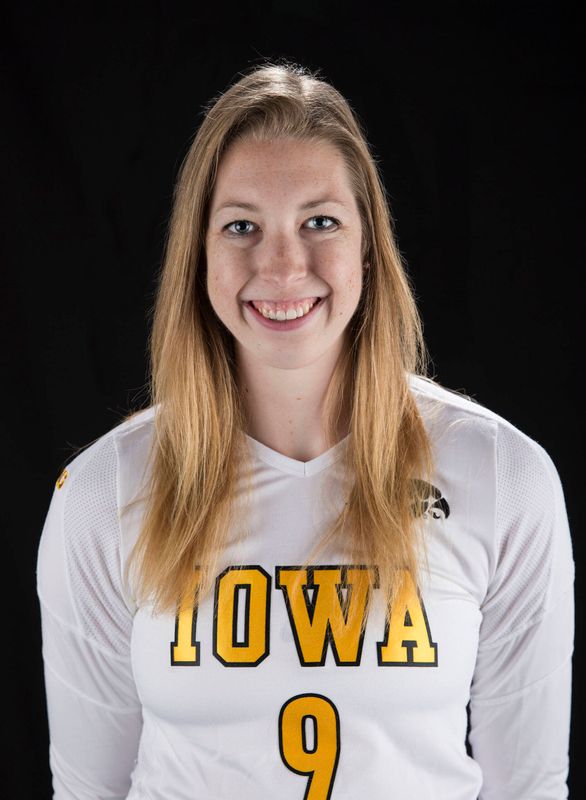 2014 as a Senior… Appeared in five matches… saw her first action of the season against Eastern Illinois on Sept. 12, posting one kill and two blocks in the match… played two sets against Penn State on Oct. 4, tallying one kill and three blocks… recorded one kill on one attempt in Iowa’s win at Rutgers on Nov. 1… appeared in a set at Northwestern on Nov. 22… appeared in one set and posted two total attacks against Michigan State on Senior Night on Nov. 28… Academic All-Big Ten… letterwinner.

2012 as a Sophomore… Academic All-Big Ten… played in nine matches, with four starts, before missing remainder of season due to injury… notched season-best eight kills in win over South Dakota State (8/24)… turned in four kills and three total blocks in sweep of Eastern Washington (9/8)… letterwinner… named to the 2012-13 Dean’s List.

High School… Three-year varsity starter and letterwinner… three-time all-conference honoree, including first team laurels in 2009 and 2010… 2010 Woodland Conference Player of the Year… named team MVP in 2010… third team all-state honors in 2010… named to the 2010 AVCA Under Armour All-America Watch List and selected to the Tri-State All-Star Game… all-state honorable mention in 2009… all-conference honorable mention as a sophomore in 2008… played for the Milwaukee Sting club team and was named to the 2010 AAU All-America Team after leading the Sting to a fifth place finish at the AAU Junior National Championships.