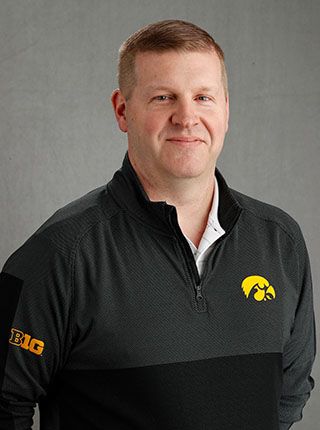 Yale joins the Hawkeye coaching staff after previously serving in the same role and as recruiting coordinator for Barnes at Tulane University.

Tulane’s recruiting classes in 2018, 2019 and 2020 received honorable mention status according to PrepVolleyball.com.

Prior to his time in New Orleans, Yale served as an assistant coach with Clemson in 2015.

Prior to that, Yale was the head coach at the University of Texas-Pan American from 2011-14 where he led his 2014 squad to the Western Athletic Conference Tournament: the program’s first appearance in a conference tournament with an automatic bid into the NCAA Tournament since 1996.

Yale was an assistant coach and recruiting coordinator at Stephen F. Austin from 2005-10. He helped coach one Honorable Mention All-American, one Southland Conference Player of the Year and 10 All-Southland Conference award winners. He was part of the Lumberjacks’ staff for the program’s first ever NCAA Tournament win, beating Alabama.

Prior to making the jump to collegiate athletics Yale was the head coach at Genoa High School in Genoa, Ohio, from 1995-2005 posting a 121-51 overall record.

The Eden, New York, native played collegiate volleyball for Bowling Green State from 1993-97 and graduated from the school with a Bachelor of Science in Education (Exercise Specialist) in 1997. Yale and his wife, Shannon, have three children: Makenzie, Kendall and Braden