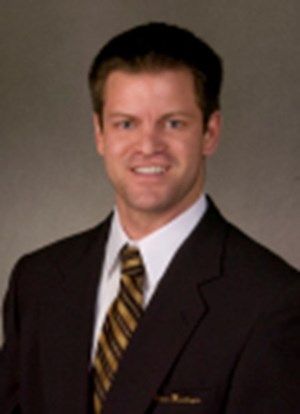 In his fourth season as assistant, he and first-year head coach Tyler Stith guided the Hawkeyes to their seventh consecutive NCAA Regional. Iowa would finish sixth at the event, one stroke behind eventual national champion LSU. Sophomore Carson Schaake led the Hawkeyes to a second place finish at the 2015 Big Ten Championships after earning co-medalist honors and becoming the first Hawkeye to win the event since Brad Klapprott in 1992. Schaake and fellow sophomore Raymond Knoll earned All-Big Ten honors in addition to garnering PING All-Region honors.

In Holterhaus’ third season as a Hawkeye, Iowa earned ninth place at the NCAA Columbia Regional. Prior to the Hawkeyes sixth consecutive NCAA Regional appearance, Iowa captured two tournament titles (Hawkeye-GRE Invitational, ASU Thunderbird Invitational). Steven Ihm, Brian Bullington and Ian Vandersee all earned All-Big Ten and PING All-Region honors, while freshman Raymond Knoll joined the trio as an All-Region honoree. Iowa finished third at the Big Ten Championships for the second straight year, led by Steven Ihm, who was named to the All-Championships team. Iowa was the second-highest ranked league team during the season, climbing as high as 35th in the Golfstat rankings.

Holterhaus’ second season with the Hawkeyes yielded prosperity, as Iowa finished the 2013 season with an 11th place finish at the NCAA Southeast Regional in Tallahassee, Fla., in its fifth-consecutive NCAA appearance. Iowa had numerous other successes during the season, including tying for first place at the Boilermaker Invite with a score of 878 (+14). Iowa shot a 1,186 (+34) during the Big Ten Championships at the Pete Dye Course in French Link, Ind., earning a third place finish. Both Steven Ihm and Joseph Winslow earned PING All-Region and All-Big Ten honors.

The Hawkeyes enjoyed a successful campaign in Holterhaus’ first season with the program as well, advancing to the 2012 NCAA Championships. Iowa finished 22nd, and would finish the season as the highest ranked team in the Big Ten.

Iowa had a number of highlights in 2012, including winning the Hawkeye-Great River Invitational with an 840 (-24), which was the third-lowest score in program history. The Hawkeyes had one All-American, four PING All-Region honorees, three All-Big Ten selections and three Academic All-Big Ten recipients in 2012.

The Cedar Rapids, Iowa, native played 106 career rounds as a Hawkeye and compiled a career stroke average of 75.3. He fired rounds of 68 on two occasions in his career. As a senior, Holterhaus tied for fifth at the Landfall Invitational and tied for 19th at the Big Ten Championships.

Holterhaus served as a Player Services Intern with the American Junior Golf Association in 2008. Since his time with the AJGA, he has held numerous roles in marketing, strategic planning and leadership.

Holterhaus graduated from the University of Iowa in 2007 with a B.B.A. in marketing.