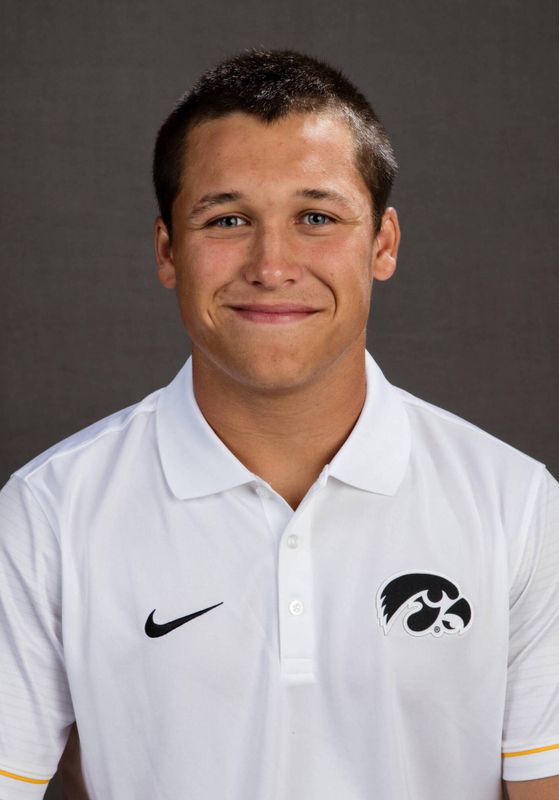 Justin Flood is in his third year as a graduate assistant coach with Iowa football and his seventh year overall with the program. He assists with the Hawkeye defense after joining the staff prior to 2019 spring practice. Flood served as a special teams assistant in 2018 and 2019. He joined the Iowa football program as a student manager in January, 2015.

Following back-to-back narrow losses to open the 2020 season, Iowa won six straight games, all in Big Ten play, to complete the regular season. The Hawkeyes allowed just seven points in three of the six wins. The winning streak included road wins at Minnesota, Penn State and Illinois, and trophy game victories over Minnesota, Nebraska, and Wisconsin. The Hawkeyes were ranked 15th in the nation in the final CFP rankings and coaches poll, and 16th by the Associated Press.

Flood has worked with all phases of Iowa’s special teams the past two seasons, including film breakdown of all phases, play book diagraming, weekly scouting reports, practice scripts, and assisting drills and scout teams during practice.

Iowa’s special teams were led in 2019 by kicker Keith Duncan and kickoff return specialist and wide receiver Ihmir Smith-Marsette. Duncan earned consensus first-team All-America honors and was one of three finalists for the Lou Groza Award. Duncan led the nation with 29 field goals (34 attempts), a total that ranks sixth-best in NCAA history. Duncan was named the Bakken-Andersen Kicker of the Year in the Big Ten while ranking 16th in the nation in scoring (119 points).

The performance of special teams played a key role in Iowa’s success in 2018. The Hawkeyes led the Big Ten and ranked second nationally in kickoff returns, with Smith-Marsette ranking second in the individual rankings with a 29.5 average. Smith-Marsette was named the Rodgers-Dwight Big Ten Return Specialist of the Year. Iowa led the league in kickoff returns for three straight seasons before ranking second in 2019.

Flood previously served as an undergraduate student manager for Iowa football, working with the offensive line under Tim Polasek and Brian Ferentz. Flood served as a multipurpose intern with the NHL’s Chicago Wolves from May through July, 2017.

Flood graduated from Iowa in 2018 with a bachelor’s degree in both Enterprise Leadership and Sports Business Practices. He is a native of Wayne, Illinois, and a graduate of St. Francis High School.