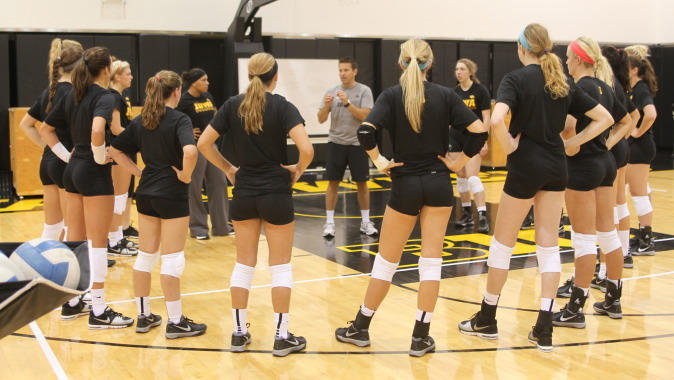 The Hawkeyes opened practice in a huddle with first-year head coach Bond Shymansky and his staff of associate head coach Michaela Franklin and assistant coach Jackie Simpson. From there, the team split into positions for warm ups before coming together to complete several drills.

The squad has two weeks to prepare for its annual Black and Gold Scrimmage at Carver-Hawkeye Arena on Aug. 23, and three weeks to get ready for season-opening action at the Texas A&M Invitational on Aug. 29-10, in College Station, Texas.