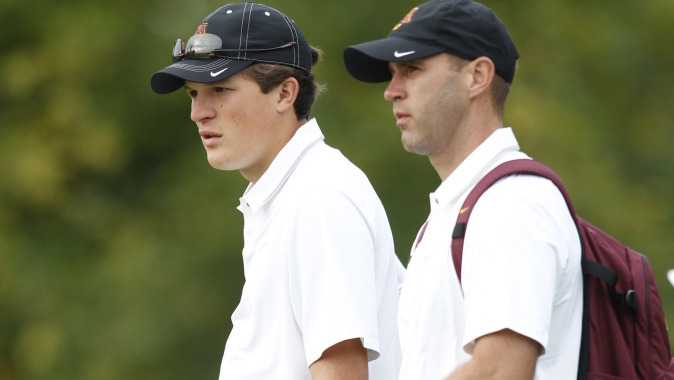 “I want to thank director of athletics Gary Barta, associate athletics director Mark Jennings, assistant to the director Mark Hankins, and all members of the search committee for trusting me with the responsibility to lead this program,” said Stith. “Mark Hankins built a program that is among the best in the Big Ten and respected throughout collegiate golf. We will work diligently to build on the foundation in place and do it the right way.”

“The University of Iowa is a special place to my family and me. My wife, Elizabeth, and I are very proud to return to our alma mater. It’s an honor to wear black and gold again,” said Stith. “I am very grateful to coach John Carlson and director of athletics Norwood Teague for the opportunity they gave me at Minnesota.

“Tyler is well prepared to lead the Hawkeyes,” said Barta. “He knows Iowa, he knows the Big Ten, and he’s already experienced tremendous success during his career. I look forward to his return to Iowa City.”

With Stith on the Minnesota staff, the Gophers won the 2014 Big Ten title, their first team conference crown since 2007. Jose Mendez captured medalist honors to become Minnesota’s first individual Big Ten champion since 2003. The Gophers went on to finish ninth at the NCAA Raleigh Regional, their first regional appearance since 2009. Minnesota won four tournaments during the 2013-14 season, marking the program’s first victories since 2006-07.