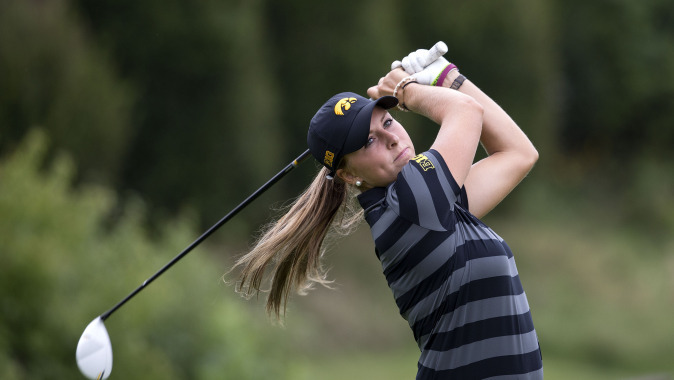 EAST LANSING, Mich. — Junior Amy Ihm paced the University of Iowa women’s golf team in the final round of the Mary Fossum Invitational on Sunday, carding a 74 (+2), as the Hawkeyes finished ninth in the 15-team field. Iowa carded a 54-hole team score of 951 (+87) in its season-opener after posting a 316 (+28) during the final round.

“Managing the course was definitely something I executed well today. There were a lot of tricky pins, but staying patient and hitting the greens was key,” said Ihm. “We are all looking forward to getting after it this week, working on our short game especially, and building up some confidence heading into match play.”

“As a team, we had a goal after the first day to move up and we ended up moving a couple places today,” said Sindlinger. “This weekend was good to see what we need to work on going into next week and the rest of the season to play well.”

The Hawkeyes return to action, Sept. 20-22, in Ann Arbor, Michigan, in the East/West MatchPlay Challenge.