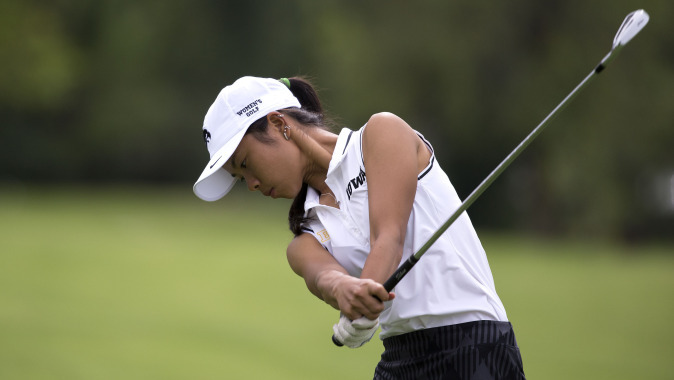 Iowa freshman Jessica Ip continued her strong performance at the tournament, registering the lone victory for the team in match play defeating Kathy Lim, 3&2. Elisa Suarez, who also had a very good weekend of her own, went up against Michigan’s Grace Choi. Suarez could not keep up the momentum from yesterday’s action where she grabbed a victory against Purdue, falling short on Monday to Choi, 3&2.

Ip and Suarez both finished in the top 16 during stroke play. Ip posted rounds of 77 and 71 to tie for ninth, while Suarez posted a 72 and 79 to tie for 16th heading into match play.

“We got to see some very solid play out of Ip and Suarez,” said UI head coach Megan Menzel.

“It was great to experience match play. It is definitely a different feel than stroke play,” added Menzel. “I thought we made a good step forward this weekend and we have a couple weeks to prepare to play at home.”

The Hawkeyes have a weekend off before they host the Diane Thomason Invitational at Finkbine Golf Course in Iowa City, Iowa, Oct. 4-5.