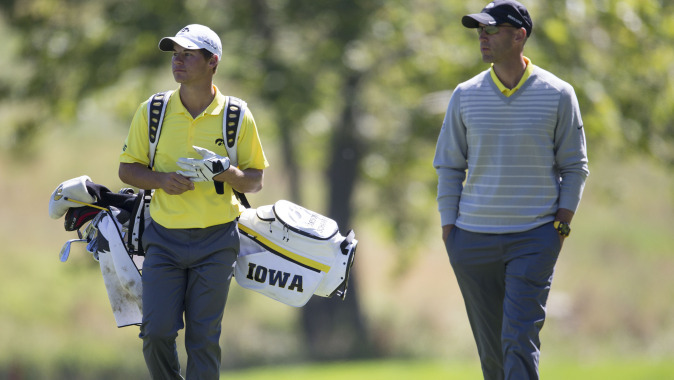 IOWA CITY, Iowa — The University of Iowa men’s golf team is ranked 26th in the initial 2014-15 Golfweek/Sagarin Rankings. Iowa is the second-highest ranked Big Ten team in the poll that features 262 teams.

Sophomore Carson Schaake is the highest-ranked Hawkeye in the initial rankings (No. 60). Schaake tied for fifth at the Golfweek Conference Challenge (71, 73, 71), before tying for fourth at the Windon Memorial (72, 69, 68).

The Hawkeyes — 1-of-3 Big Ten teams to advance to NCAA competition in each of the last six seasons — continue action Oct. 11-12 at the Rod Myers Invitational in Durham, North Carolina.