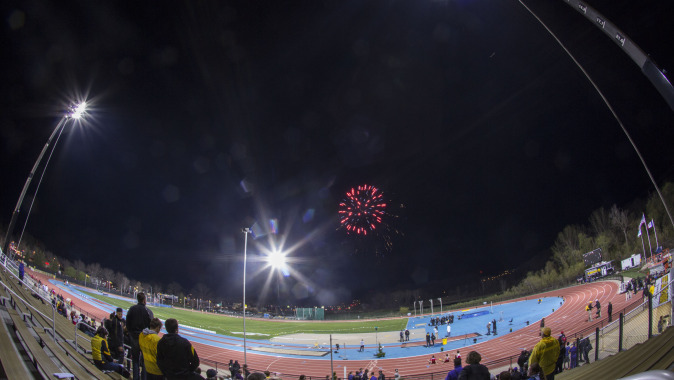 IOWA CITY, Iowa — University of Iowa director of track and field Joey Woody announced Thursday that Andrew Dubs has accepted an assistant coaching position on the Hawkeye staff. Dubs, who brings experience from the SEC, ACC, and Ivy League, will direct the Hawkeyes’ throws program.

“I want to thank Coach Woody for this opportunity,” said Dubs. “I also want to thank Associate Athletics Director Paula Jantz and the entire search committee for their time throughout this process. It is clear the support for Iowa track and field is strong and that starts at the top with administration. I’m honored to join an already talented coaching staff and I look forward to bringing Big Ten and NCAA Championships back to Iowa City.”

Dubs most recently served as an assistant coach at Harvard from 2012-14. He directed the men’s and women’s throws programs and helped the Crimson capture three Ivy League team championships.

“Andrew is one of the top up-and-coming coaches in the country,” said Woody. “He has been an extremely successful recruiter and, in a short amount of time, has experienced success on the conference and national level.”

Dubs’ Harvard student-athletes set 12 school records, won seven individual league titles, broke two Ivy League records, and earned a pair of All-America honors. He landed one of the most decorated recruiting classes in the country in 2013, and last season his throws group set a conference record for points scored at the Ivy League Indoor Championships.

“Andrew was an accomplished performer at the University of Connecticut and does an excellent job relating to student-athletes,” added Woody. “He understands the importance of balancing athletics and academics, and his past experience will help identify the student-athletes we need to put together a complete program capable of winning championships.”

“The University of Iowa is a special place,” Dubs said, “and after experiencing the interview process and talking with Coach Woody about his vision, direction, and goals for the program, it became even clearer just how special it really is. It is an exciting time for Iowa Track and Field and I am really looking forward to getting started with this amazing group of student-athletes.”

“It finally feels like we’re able to take the next big step forward,” said Woody. “We have a full staff on board and it’s exciting to know that everyone shares the same commitment and vision for the program.”

Before joining the Harvard staff, Dubs was assistant coach at the University of North Carolina. The Tar Heels’ recruiting class was among the country’s best in 2012, with the women’s class consisting of the nation’s top-ranked hammer, weight throw, and shot put throwers, and the men signing one of the country’s top discus throwers.

Dubs began his collegiate coaching career as a volunteer at Auburn University, where he helped two Tigers earn All-America honors from 2010-11. While at Auburn, Dubs earned his master’s degree in Higher Education and Sport Management.

A native of Holland, Pennsylvania, Dubs earned a Bachelor of Arts degree in Kinesiology: Coaching and Administration from UConn in 2009. He was a four-time Big East champion in the shot put, and qualified for three NCAA Championships.