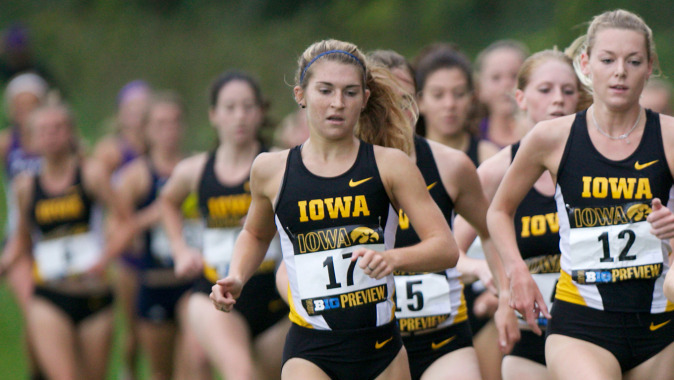 Newhouse led the Hawkeye women to a seventh-place finish in the women’s gold division, finishing the 5,000-meter race in 17:39 to place 35th. She is the fourth Hawkeye to lead Iowa in as many races.

“I thought it was a solid overall effort for the women,” head coach Layne Anderson said. “For whatever reason, we are falling short of that breakout race. We haven’t yet put it all together to have a big group break. We are running well as a pack, but we need to work on moving the pack up in the race. Our top finisher needs to cross the line sooner.”

“We weren’t as sharp today,” Anderson said. “[Witt], who is usually our number three guy, was our number six guy today. Lewis was up there with the leaders, but faded the last mile. That was probably a 20-point swing. Overall, I thought we missed out on a real opportunity to race against some nationally ranked teams.”

The Hawkeyes return to action on Oct. 18 for the Pre-National Invitational in Terre Haute, Indiana.