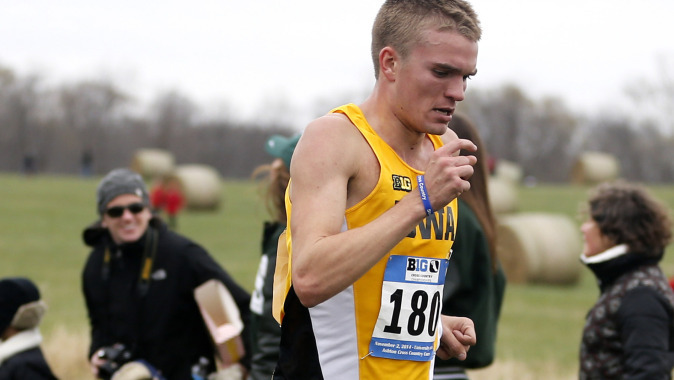 IOWA CITY, Iowa — Results from Sunday’s Big Ten Conference Cross Country Championships indicate future good news for the University of Iowa and bad news for the rest of the league. 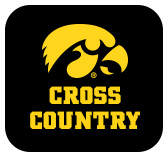 “I’m better in track,” Lewis said, moments after clocking the eighth-fastest 8K time in school history at 23:52. “I am happy with where I finished, but I have always had better track seasons. I am looking to win (on the track) this season.”

Before competing on track surfaces, there could be two races on grass for Lewis. The NCAA Midwest Regional is Nov. 14 in Peoria, Illinois, and the NCAA Championships is Nov. 22 in Terre Haute, Indiana.

A knee injury kept Lewis from training three weeks prior to the conference meet. Because of that, he employed a conservative strategy early to gauge his fitness level. UI head coach Layne Anderson shared the anxiety…until the 6-kilometer mark.

“When I saw him coming through with the pack I could see in his eyes that he had something left,” Anderson said. “The straightaway was going to be the difference.”

Not known for his finishing kick, Lewis passed Penn State senior Matt Fischer at the end of the race for sixth place.

“I was worried about getting caught at the end. I looked up and (Fischer) was right there and I gave it one last burst,” Lewis said.

“His legs were fresh and his heart was bigger than the pain he was feeling,” Anderson said.

“All the big names were there, it was just a matter of who would take it,” Lewis said.

This is the fourth time Lewis competed at the Big Ten Championships. As a freshman in 2011, the native of Ottumwa, Iowa, placed 67th. He was 65th as a sophomore, and 26th last season. As a junior, Lewis earned All-Midwest Region honors by placing 15th with a 10K time of 30:47.84.

Making the final Big Ten meet more special to Lewis is the fact it was on his home Ashton Cross Country Course. The day before, the Hawkeyes completed a pre-meet workout and Lewis was awestruck by the facility.

“To see the course look the way it did with flags all around was incredible,” Lewis said. “I was thinking all day that (Sunday) would be special.”

But before that, there was still a question. How would Lewis’ ailing knee hold up against some of the best runners in the nation? For the previous three weeks, Lewis could jog, but once he went into a full range of motion, a sharp pain would shoot to his knee.

“I didn’t know where my fitness was after not running for a few weeks,” Lewis said. “You don’t want to go out too hard and die at the end. I tried to be conservative and get through the mid-part of the race feeling OK, and then go from there.”

“A lot today was want and desire more than anything else,” Anderson said.

The top seven finishers earn first-team All-Big Ten recognition. Lewis is the first Hawkeye to be so honored since Micah VanDenend placed third in 2006.