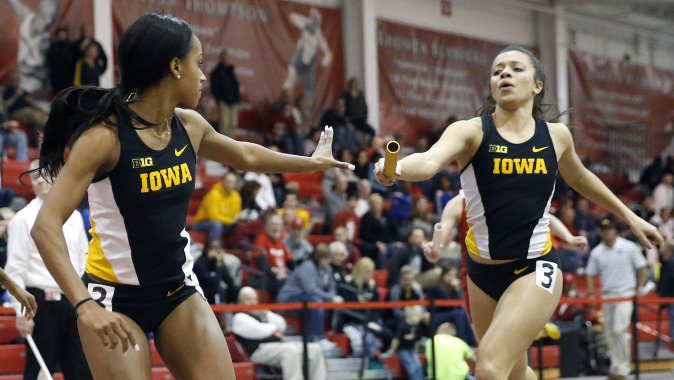 FAYETTEVILLE, Ark. — The University of Iowa track and field team competed eight individuals and one relay in day two of the Tyson Invite in Fayetteville, Arkansas, on Saturday.

“Guster and Holder ran PR’s yesterday in the women’s 400 meters and came back today with great performances in the 4×4,” director of track and field Joey Woody said. “This was a much better weekend for our men’s and women’s teams overall at both the Tyson Invite and the Iowa State Classic. We made some big strides this week and now have some solid momentum going into the next two weeks leading into the Big Ten Championships.”

The Hawkeyes travel to Cedar Falls, Iowa, for the UNI-Dome Open on Feb. 20, and South Bend, Indiana, for the Alex Wilson Invitational on Feb. 21.