Hawkeyes 14th after 36 holes in Tucson 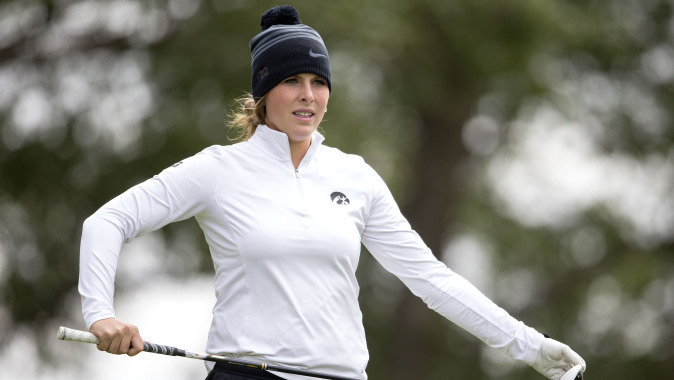 TUCSON, Arizona — The University of Iowa women’s golf team completed first and second round action at the Mountain View Collegiate on Friday, registering a two-round total of 592 (+16), posting rounds of 295 and 297. The team currently sits 14th after day one in the field of 20 teams, two strokes behind Colorado State. With one round left to complete Florida International 570 (-6) leads the event.

“It was a tough day as a team for us. We felt like we let some shots get away and the birdies were just not coming very easily,” said UI head coach Megan Menzel.

“Amy had a very solid second round and played great golf down the stretch,” said Menzel.

“Shelby also looked really good. We are looking forward to tomorrow and the opportunity to make a climb up the leader board,” noted Menzel.

Jessie Sindlinger and Elisa Suarez both finished two strokes behind Phillips with scores of 150 (+6). Sindlinger posted a round-one 72 (E), birding holes one, eight and nine. She turned around and tallied a round-two 78 (+6). Suarez carded a first-round 74 (+2), birdieing holes three, nine and 14. She then posted a second-round 76 (+4). Sindlinger and Suarez both sit tied for 57th. Jessica Ip ends day one tied for 97th (77 and 81).

Iowa concludes competition in Tucson on Saturday, with the third and final round.