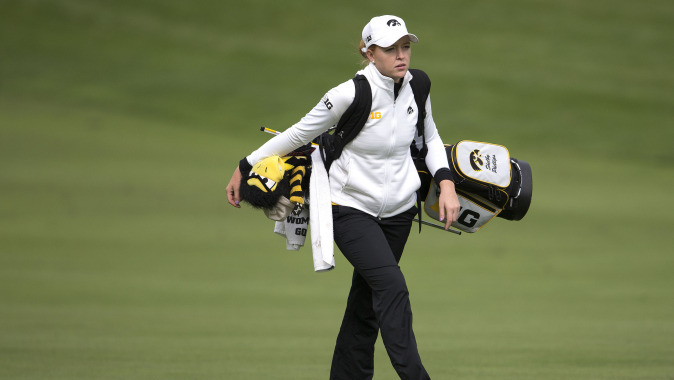 Tucson, Arizona — Shelby Phillips became the latest name penciled into the Hawkeye record book with her third round efforts at the Mountain View Collegiate. The senior recorded a 68 (-4) in the final round in Tuscon, putting her name in the Iowa record books, tying Kristi Cardwell, Tyrette Metzendorf and most recently Jessie Sindlinger for the second-lowest 18-hole score all-time. Her efforts helped the Hawkeyes earn an 11th place finished in the field of 20 teams, Big Ten rival Ohio State 856 (-8) won the event.

Next up for Iowa is a trip to Columbus, Ohio to participate in the Lady Buckeye Invitational on April 18-19.