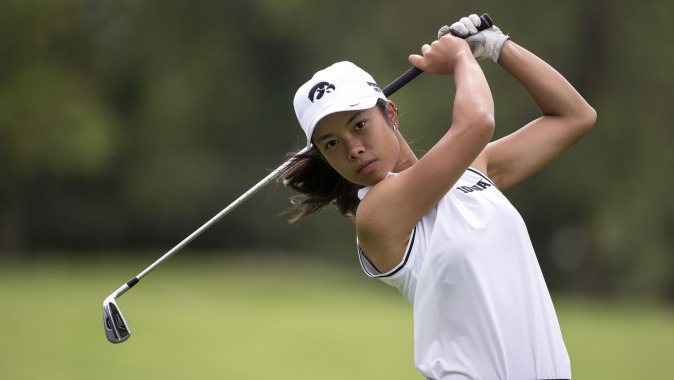 COLUMBUS, Ohio — The University of Iowa women’s golf team completed day one action at the Lady Buckeye Invitational on Saturday. The Hawkeyes registered a round one 306 (+18) before improving four strokes and tallying a second round 302 (+14). Iowa sits in ninth two strokes off Big Ten rival Illinois for eighth.

“We did not execute as well as we would have liked today, but I was proud of the way our team played until the end of the day,” said UI head coach Megan Menzel.

Freshman Jessica Ip provided the best finish for her team with a two-round total 146 (+2). Ip carded a round one 73 (+1), with four birdies. She stayed consistent in the second round posting another 73 (+1) including four more birdies. Ip ends day one tied for fourth, six strokes off the leader.

“Jessica had a very steady day and she did an excellent job managing the course,” noted Menzel.

The Hawkeyes finish competition at the Lady Buckeye Invitational teeing off at 8 a.m. (CT) on Sunday for the third and final round.