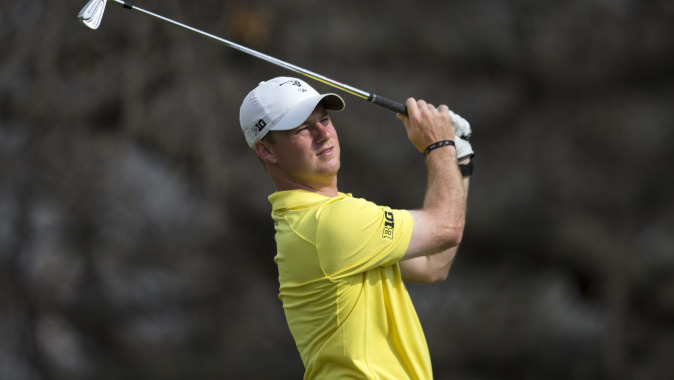 NEW HAVEN, Connecticut — The 41st-ranked University of Iowa men’s golf team shot one-under-par (279) on Saturday — its best 18-hole score in the three-round NCAA Yale Regional — to place sixth in the 14-team field. Iowa’s 54-hole score of 850 was one stroke behind seventh-ranked LSU (849) for fifth place; the top five teams advance to the NCAA Championships.

LSU began the final round in 10th place, but fired a tournament-best 12-under-par (268) Saturday to surge past five teams and join South Florida (826), San Diego State (840), Oklahoma State (842), and Vanderbilt (844) as Yale Regional qualifiers for the NCAA Championships.

“Our guys played great today,” said UI head coach Tyler Stith. “Across the board, all five of our guys worked really hard, but unfortunately LSU shot the round of the week to beat us by one stroke.”

Senior Brian Bullington and sophomore Raymond Knoll both carded even-par 70 on The Course at Yale to finish in a tie for 25th place. Bullington collected two front-nine birdies, but gave the two strokes back with a double bogey on hole No. 17, while Knoll had four birdies and four bogeys to reach even-par.For the second consecutive day, Iowa sophomore Carson Schaake shot a two-under par (68) and finished in a tie for 11th place. Schaake registered two birdies on the front nine and added another on the 16th hole. His only blemish on today’s scorecard was a bogey on the par-5 18th hole.

Senior Ian Vandersee shot a one-over par (71), while freshman Sam Meuret posted a two-over-par (72) to finish in 42nd and 61st, respectively. Sitting at three-over-par after 15 holes, Vandersee birdied two of the final three holes to get to one-over-par. Meuret recorded 14 pars, one birdie, and three bogeys to conclude his first postseason event as a Hawkeye.

“Ian and Brian have been great leaders, guys who our underclassmen looked up to,” said Stith. “They have left a legacy on this program that will be remembered for years to come.”

Iowa competed in NCAA Regional competition for the seventh-straight year, joining Illinois as the only Big Ten programs to compete in regional play in each of the last seven seasons.

“Overall, we are going to look back and be proud of the things we accomplished this year,” Stith said. “We’re disappointed right now because our goal was to make the NCAA Championships, but I think once we have time to reflect on all our good performances over the course of the season I believe we will be happy.”