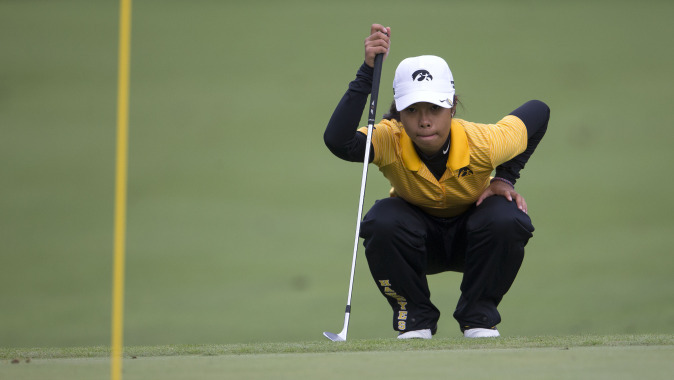 UNION, Ontario — University of Iowa golfer Jessica Ip tied for 15th at the Golf Association of Ontario’s (GAO) Investors Group Women’s Amateur on Friday at the St. Thomas Golf & Country Club. The sophomore carded a five-over-par 77 in her final round to finish with a 72-hole total of 306 (+18).

Ip impressed in her first season for the Hawkeyes, competing in all six spring competitions and posting a 77.7 scoring average. She paced the team with a 12th-place finish at the Lady Buckeye Invite on April 18-19, carding a three-round 226 (+10) with rounds of 73, 73, and 80.

About the Investors Group Women’s Amateur
First played in 1904, the Investors Group Ontario Women’s Amateur Championship is celebrating its 100th year this summer. Past champions include 1968 LPGA championship winner Sandra Post (1964), LPGA Tour players Alena Sharp (1999) and Rebecca Lee-Bentham (2007), Brooke Henderson (2014) and World Golf Hall of Fame member Marlene Stewart Streit, who holds the record for the most number of titles with 11.