IOWA CITY, Iowa — The University of Iowa volleyball team has added four members for the 2017 squad, head coach Bond Shymansky announced Wednesday. Gabrielle Orr and Halle Johnston will enroll in the spring of 2017, while Claire Sheehan and Paige Franck will join the team in the fall.

“Brie is a highly skilled setter and driven competitor,” said Shymansky. “She is exactly the type of person you want to lead the team charge on the court every day. Her athleticism allows her to create things offensively that most other setters can’t see or do. Brie has worked hard to develop her hands to an elite level and knows how to compete to win. Her effort, intensity and determination will be a crucial part of the true mental toughness we are growing inside our program every day.”

“I chose the University of Iowa because of the great connection with the players and coaches along with its academic reputation and campus culture,” said Orr.

As a freshman, Orr racked up 277 kills, an impressive 598 assists and 32 service aces. On the defensive side of the ball, Orr collected 303 digs and 34 blocks. Her efforts guided her team to a second-place finish in the conference. The team went on to win the state championship that season. For her play, Orr earned all-conference honors and was selected as an AAU All-American. Additionally, Orr was named United States Junior Olympic All-American MVP and was selected for the Minnesota State High School League State All-Tournament team.

Orr tallied 223 kills, 401 assists and 14 aces as a sophomore. In addition, she collected 272 digs and 19 blocks. Her play helped Eagan High School finish second in the conference before the team concluded the season as state runner-up. Orr earned her second all-conference selection and was again named to the MSHSL State All-Tournament team. Orr was also selected Second Team All-Metro and was named the team MVP.

After a great sophomore year, Orr had a standout junior year where she registered 348 kills, 463 assists and 33 aces. She also chipped in 264 digs and 43 blocks as she guided the team to a first-place finish in the conference and a state championship. Orr earned a host of accolades for her performance during the 2015 season. She earned her third all-conference selection and was named first team All-Metro. She was chosen as the Team MVP and an AAU All-American. She earned her third MSHSL State All-Tournament team honor, was named all-state. In addition, she was an USJO All-American Senior All-Conference, first team All-Metro and all-state selection.

As a senior, Orr has tallied 326 kills, 351 assists, 190 digs, 59 blocks and 29 aces thus far. She led her team to another first place finish in conference play, and the squad will compete in its first match of the state tournament on Thursday.

In addition to high school volleyball, Orr played club volleyball for the Northern Lights under Dave Manka, Adam Beemer and Walt Weaver with Sheehan and Johnston. During Orr’s eight years with the Northern Lights, she guided the team to an AAU National Championship (2014) and a USJO National Championship (2015). For her performances, she was named an Open AAU All-American (12, 14, 15 and 17) and an Open USJO All-American (17). Orr was also selected as the 15 Open USJO All-American MVP. 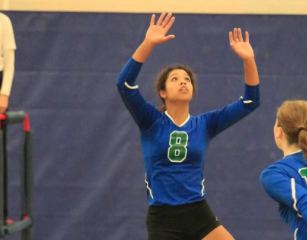 Sheehan is a 6’1″ outside hitter from Isanti, Minnesota. She competed under Vicki Courts at Cambridge Isanti High School where she amassed 2,350 kills, good for third all-time in Minnesota Class AAA competition. In addition, Sheehan collected 218 blocks and 1,711 digs. Her career digs rank No. 7 all-time in Minnesota Class AAA. She is a four-time first team Mississippi 8 Conference selection and was named a Max Preps Underclass All-American twice.

“Claire is one of the most driven competitors I have ever recruited,” said Shymansky.  “She has a complete game as a passer, defender, hitter and blocker. She continues to show a resolve to be her best and inspires those around her to work hard to be their best as well. Claire has a thunderous arm and iron will. Those traits will be put to the test in the Big Ten and will add tremendous value for the Hawkeyes.”

“I chose the University of Iowa because I wanted to make a difference in the program,” said Sheehan. “As soon as I was on campus for the first time I fell in love and it felt like home.”

As an eighth grader, Sheehan played in 78 sets and amassed 171 kills for the varsity team to earn Honorable Mention All-Conference honors for the Mississippi 8 Conference. Sheehan continued to be a force on the court as a freshman with 547 kills in 97 sets played for an average of 5.6 kills per set to guide to a Section Final Runner-Up finish. Her performance throughout the year earned her first team Mississippi 8 Conference honors. In addition, she was named a Max Preps Underclass All-American in her second year playing for the varsity team.

During her sophomore year, Sheehan collected 504 kills, 394 digs, 68 blocks and 32 service aces to earn first team All-Mississippi 8 honors and another selection as a Max Preps Underclass All-American. Throughout the season, she was chosen as the AVCA Player of the Week twice. Sheehan helped guide her team to a 9-0 conference record to become Section Champions.

Sheehan had a solid junior season as well with 537 kills, 401 digs and 36 blocks to earn first team All-Mississippi 8 honors and All-State Honorable Mention. She also earned her third AVCA Player of the Week award during the season.

Sheehan had a dominant senior season where she amassed 591 kills in 1,330 attempts for a .312 hitting percentage. In addition, she tallied 342 service aces, 461 digs and 22 blocks to earn first team All-Mississippi 8 Conference accolades for the fourth consecutive year. For her spectacular performance throughout the season, Sheehan was named the Offensive MVP of the Mississippi 8 Conference and was selected as an Honorable Mention All-American. In addition, Sheehan was named to Minnesota’s All-State team.

In addition to high school competition, Sheehan has competed for the club team Northern Lights under Dave Manka, Adam Beemer and Walt Weaver with Orr and Johnston. During her time with the 15-1s squad, Sheehan guided her team to an AAU National Championship and a United States Girls Junior National Championship (USGJNC) in the United States Junior Olympic (USJO) division of USA Volleyball. These achievements led Sheehan to AAU All-American accolades. As a member of the 17-1s, Sheehan helped the team to a third-place finish in AAU and a fifth-place finish at the USJO USGJNC. 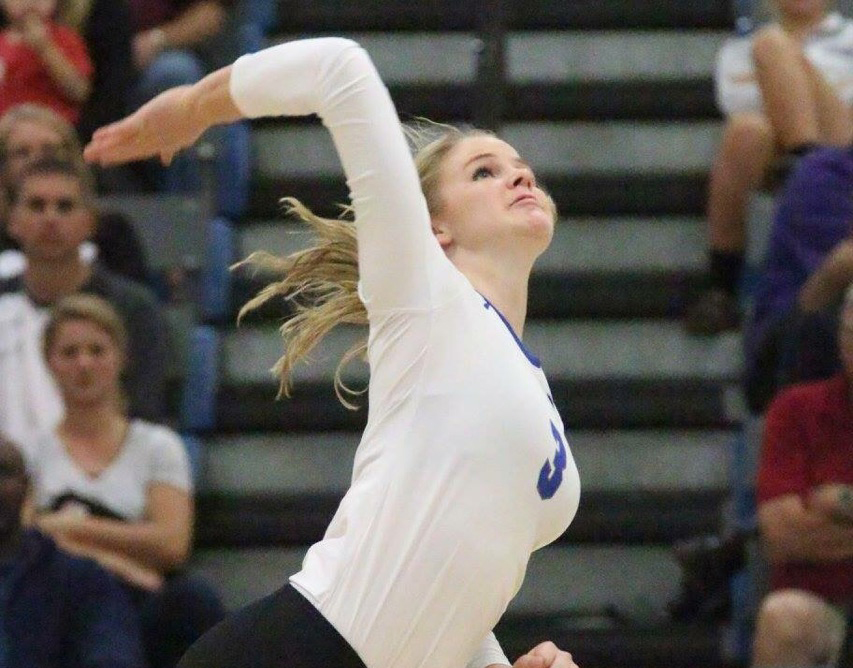 Johnston, a 5’10” defensive specialist, has played libero at Lakeview South HS for four years. The Burnsville, Minnesota, product has amassed a school-record 1,487 digs in her career under the guidance of Stephen Willingham, Denielle Johnson and Julie Marvets.

“Halle is a smooth and quick back court player who knows how to perform in clutch moments,” said Shymansky. “She has faced tight situations in big moments her whole playing career thus far, so we know she is geared for the Big Ten and for what we expect from our Hawkeyes every day. She is long and rangy for a defensive specialist, and her touch on the pass will make her a valuable component for the future of the program.”

“I chose to attend the University of Iowa because of the feeling of home, beautiful campus, awesome coaching staff and incredible team that Iowa has.” Said Johnston.

As a freshman, Johnston racked up an impressive 360 digs and 16 service aces in 31 matches. She followed that up with 348 digs and 43 service aces during her sophomore year to earn an All-Conference selection. As a sophomore, Johnston guided her team to a 23-8 record and a third-place finish in the conference.

Johnston proved to be a dynamic player as she racked up 213 kills and 355 digs during her junior year. As team captain, she led Lakeview South to a 25-6 record and a second-place finish in the conference. For her performance, Johnston earned all-conference honors and was selected third team All-Metro as a hitter.

As a current senior, Johnston has guided her team to a 26-3 record and a berth in the state tournament; the team will compete in its first match on Nov. 10. With 424 digs and an impressive 153 service aces thus far, Johnston was named All-Metro and All-State prior to post-season play.

As a Northern Lights 17-1s competitor, Johnston guided her team to a third-place finish in the AAU National Championship and a fifth-place finish USJNC. She was selected as an AAU All-American for the second time in her career and earned her second USJNC All-Tournament selection. 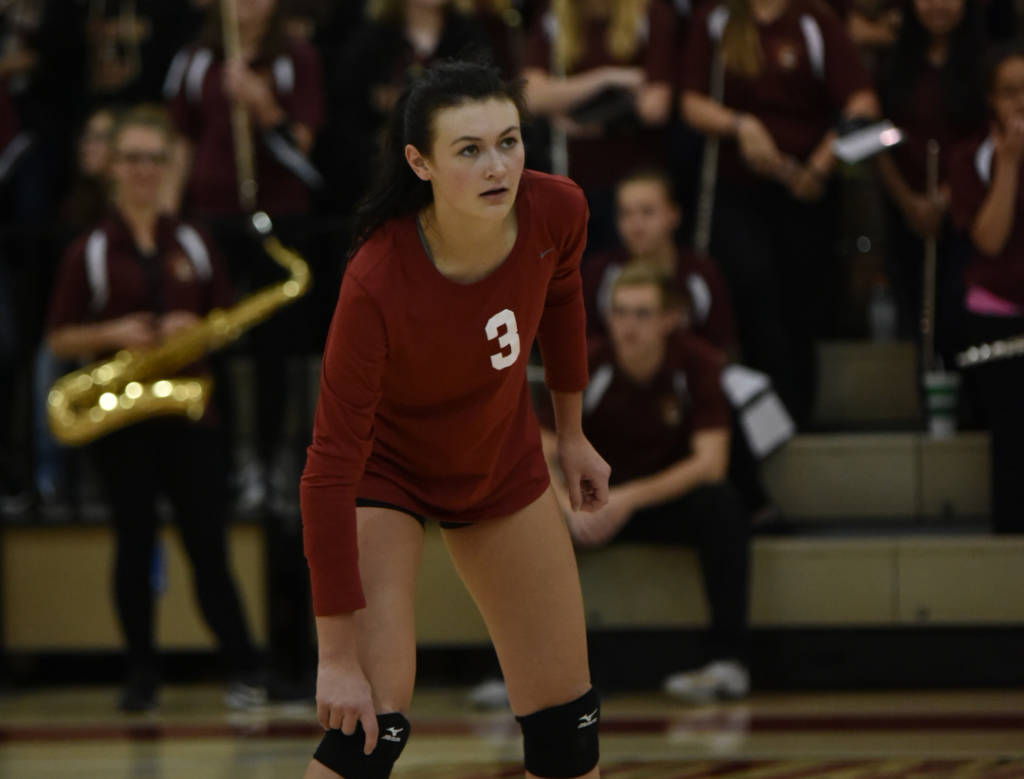 Franck is a 5’8″ defensive specialist/setter from Cedar Rapids, Iowa. She played for four years at Kennedy High School under Michelle Goodall and Tim Johnson. As a freshman, she helped guide her team to a 20-15 record and a fourth-place finish in the Mississippi Valley Conference (MVC).

“Paige has great all-around skills and is a fantastic competitor,” said Shymansky. “We are counting on her to develop her uniqueness as a defensive player, passer and setter. As a local product, Paige is a die-hard Hawkeye and has a passion for volleyball that will make her a perfect match for our program.  She will be a key element to this stellar recruiting class.”

“I fell in love with the atmosphere of Iowa City,” said Franck. “I felt right at home on my visits at the University of Iowa, and when I met the coaching staff and players, they seemed as if they were already my family members. Not only did I choose to attend Iowa to play volleyball, but it has the education program that I hope to pursue a career in, which is Dentistry-Orthodontics.”

Sophomore year, Franck racked up 180 kills, 55 service aces, 201 digs and 30 blocks to earn a selection as a MVC Honorable Mention. Her team concluded the season with a 28-12 record and another fourth-place conference finish.

Franck then had a spectacular junior year where she amassed 242 kills, a .302 hitting percentage, 229 digs, 31 assists and 20 blocks to earn Second Team All-MVC and Second Team All-Metro. Franck led her team to a 29-10 overall record with a 6-0 mark in conference play to win the MVC.

As a senior, Franck collected 324 kills, 158 digs, 44 assists, 26 service aces and 25 blocks as she guided her team to a 27-11 overall record with a 5-1 mark in league play to finish second in the MVC. For her performance throughout the season, Franck was unanimously selected first team All-MVC. During the season, she was selected for the All-Tournament Team in the Moline Invite.

Franck also competed for the Iowa Rockets R Team under Chin Nguyen for three years. During this time, Franck helped her team win the Iowa Region in the USA Girls Junior National Championship in 2015. The squad then won the Kansas City Qualifier in 2016.

In addition to volleyball, Franck excelled in the classroom where she was an Honor Roll student and earned above a 4.0 GPA all four years of high school. She was inducted into both the National Honor Society and the National Council of Youth Leadership. As a senior, she was selected for the All-Academic team of the MVC. 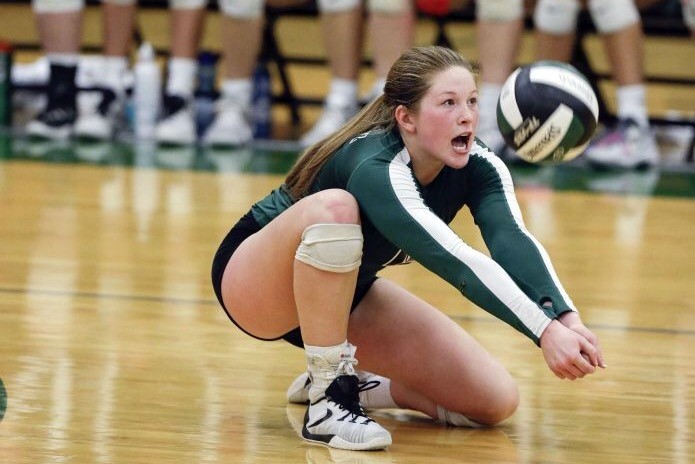