Schott, a graduate transfer who led the University of Iowa women’s cross country team to a season opening victory at the Hawkeye Invitational on Sept. 6, revived her running career when she came to Iowa in the fall of 2018.

“A fresh start. I felt I had more to offer and I needed to run and continue my education somewhere new,” Schott said. “This was good, I have all my family here, which I needed. I’m not a person who can go without that community, so that was important and it all came together.” 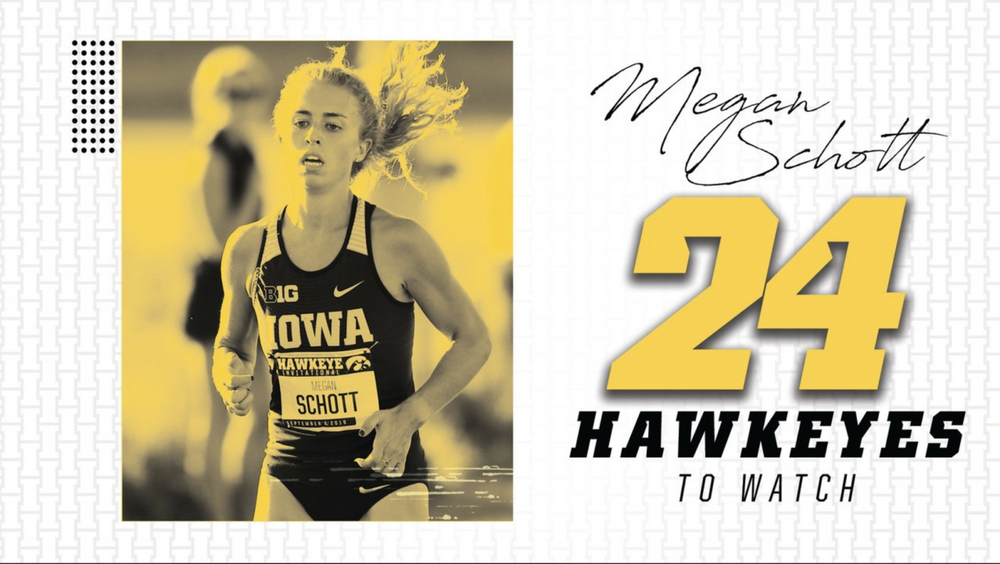 Both of Schott’s sisters attend the University of Iowa.

"It was an accomplishment for me to cross the line at Big 12s two years in a row in undergrad with my teammates, who I adore," Schott said.

Schott placed 26th at the 2017 Big 12 Championships in Round Rock, Texas, and her team won the title by 40 points over Oklahoma State.

But Schott wasn’t happy. There were injuries and differences with her coach. So, after three years, she graduated with a degree in urban and regional planning and moved to Iowa City.

“I really like (associate head cross country coach) Randy (Hasenbank),” Schott said. “I was looking for a coach who cared a lot about his athletes, from the beginning to the last person on the team.”

A bit of blind faith was involved for Schott, who enrolled in graduate classes for an advanced degree in urban and regional planning. The first time she met Hasenbank face-to-face was at a compliance meeting the Monday before classes began in 2018.

“We talked on the phone and I applied,” Schott explained. “Somebody mentioned he was a good guy and that he would be somebody who would match the training I needed to become successful.

“He is tough on you, he tells you how it is, but he is kind of like a dad, kind of goofy. It ended up working out perfectly.” 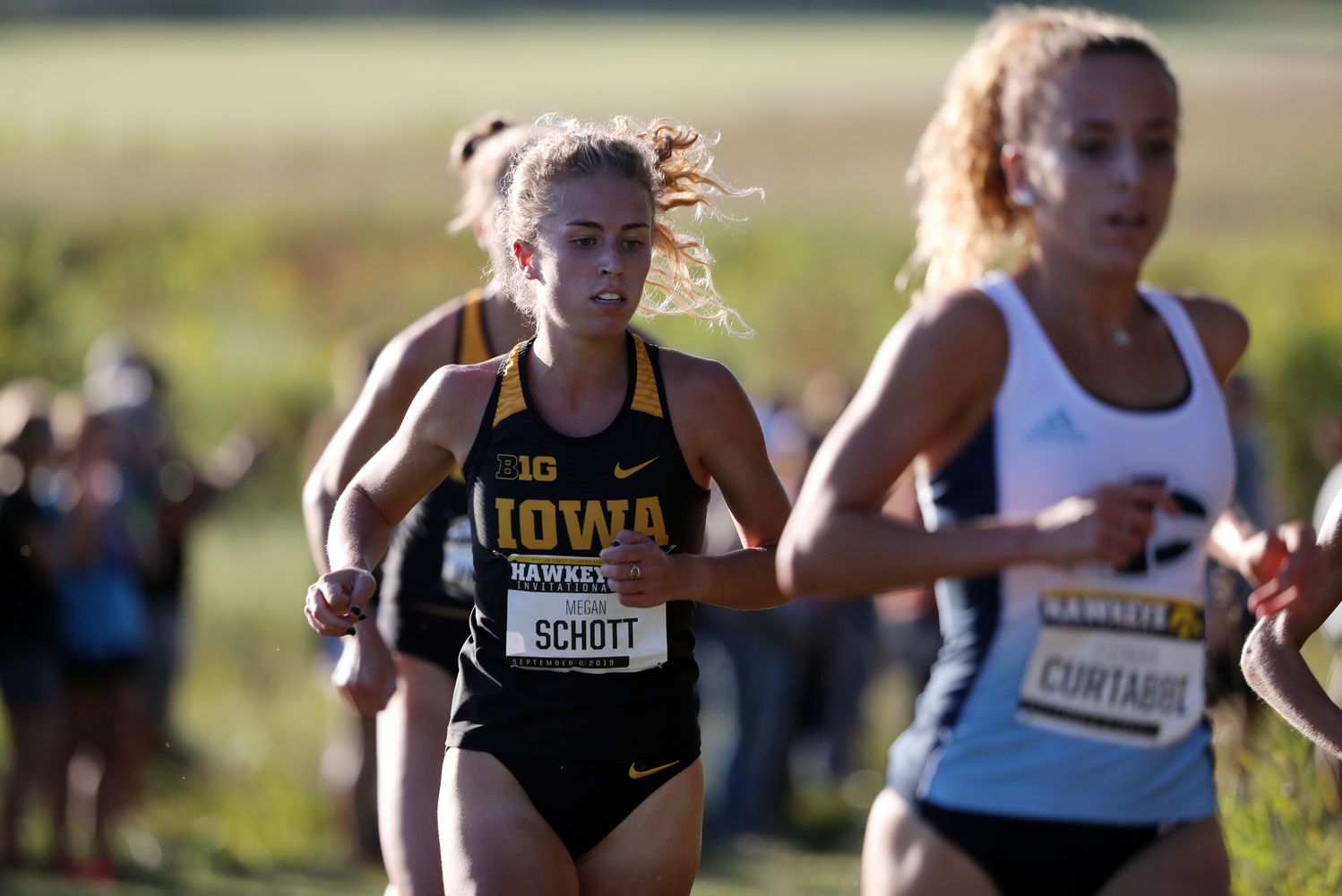 Schott’s arrival came at a good time for her and the Iowa women’s cross country program. Hasenbank brought in a dozen freshmen in 2018, meaning Schott and Andi Shine (who graduated in June) were the elder stateswomen of the group. But there was a problem: the newbies weren’t ready to train with the veterans.

Because of the age and ability differences, Schott’s role was to keep everyone on the roster positive and excited, even if stellar results weren’t always evident.

A year of roster-wide development has brought a fresh aptitude and energy at practices.

A perfect example is what transpired over 4,000 meters at the Hawkeye Invitational on Iowa’s Ashton Cross Country Course on Sept. 6. The Hawkeyes won the meet with 36 points, led by Schott’s fourth-place showing in a career-best 14-minutes, 14-seconds. Iowa State was 11 points behind in second.

“It was good in terms of spread and our ability to pack up and get that depth we have been searching for,” Schott said. “Everyone went into the meet like we were going to work hard even though we were in the heat of our training.

“We stayed positive and took care of business. Everyone executed and we have a lot more to give.”

Schott is still one of the experienced leaders. Of Iowa’s top 14 finishers at the Hawkeye Invitational, she was the lone senior.

“She is mature, level-headed, and easy to train,” Hasenbank said. “She is consistent with her training pieces, and has a lot of leadership qualities. The girls trust her.”

Schott enjoys being a main component within Iowa’s rebuilding distance program, and has considered coaching in the future.

“She is a veteran who revitalized her career when she got over here,” Hasenbank said. “She is excited about running again, so a big part of the momentum is that her mind is in the right place and she is enjoying what collegiate running she has remaining.”

What remains are three meets in the regular season. Next up is the Woody Greeno Invitational on Sept. 21 in Lincoln, Nebraska.

“It’s a mixture of feelings and emotions,” Schott said. “I wish I had more time here.”