NCAA CHAMPIONSHIPS
On Thursday, March 12, 2020, the Big Ten Conference announced the cancelation of all conference and non-conference competitions through the end of the academic year, including spring sports that compete beyond the academic year, and participation in all NCAA tournaments and competitions, including the 2020 NCAA Indoor Track and Field Championships. The NCAA followed suit, canceling all NCAA Winter and Spring Championships.

The decisions were based on the evolving COVID-19 public health threat and to ensure the events do not contribute to spread of the pandemic.

HAWKEYES SEND NINE TO NCAA CHAMPIONSHIPS
Iowa sent nine student-athletes to compete at the NCAA Indoor Championships in Albuquerque, New Mexico on March 13-14, the student-athlete must be ranked in the top 16 of an event. An athlete can compete in multiple events if ranked. As for relay teams, they must be in the top 12 to qualify.

2020 BIG TEN INDOOR CHAMPIONSHIPS
The Hawkeye men placed second at the 2020 Big Ten Indoor Championships with 107 points. It marked the highest finish for the men’s team since 1963. The men won gold medals in the 60-meter hurdles, 200 meters, 400 meters, and the 4×400-meter relay. The women placed eighth with a total of 51 points. They had one gold medal from Laulauga Tausaga in the weight throw.

TAUSAGA NAMED ONE OF THE NATION’S BEST
Senior Laulauga Tausaga was name Midwest Field Athlete of the Year by the USTFCCCA for the second straight year. Tausaga nationally ranks No. 2 in the shot put and No. 9 in the weight throw. She won a Big Ten championship in the weight throw (22.21m) and was runner-up in the shot put, contributing 18 points to the team at the Big Ten Indoor Championships. She was voted Big Ten Field Athlete of the Championships. Tausaga earned Big Ten Athlete of the Week twice this indoor season. 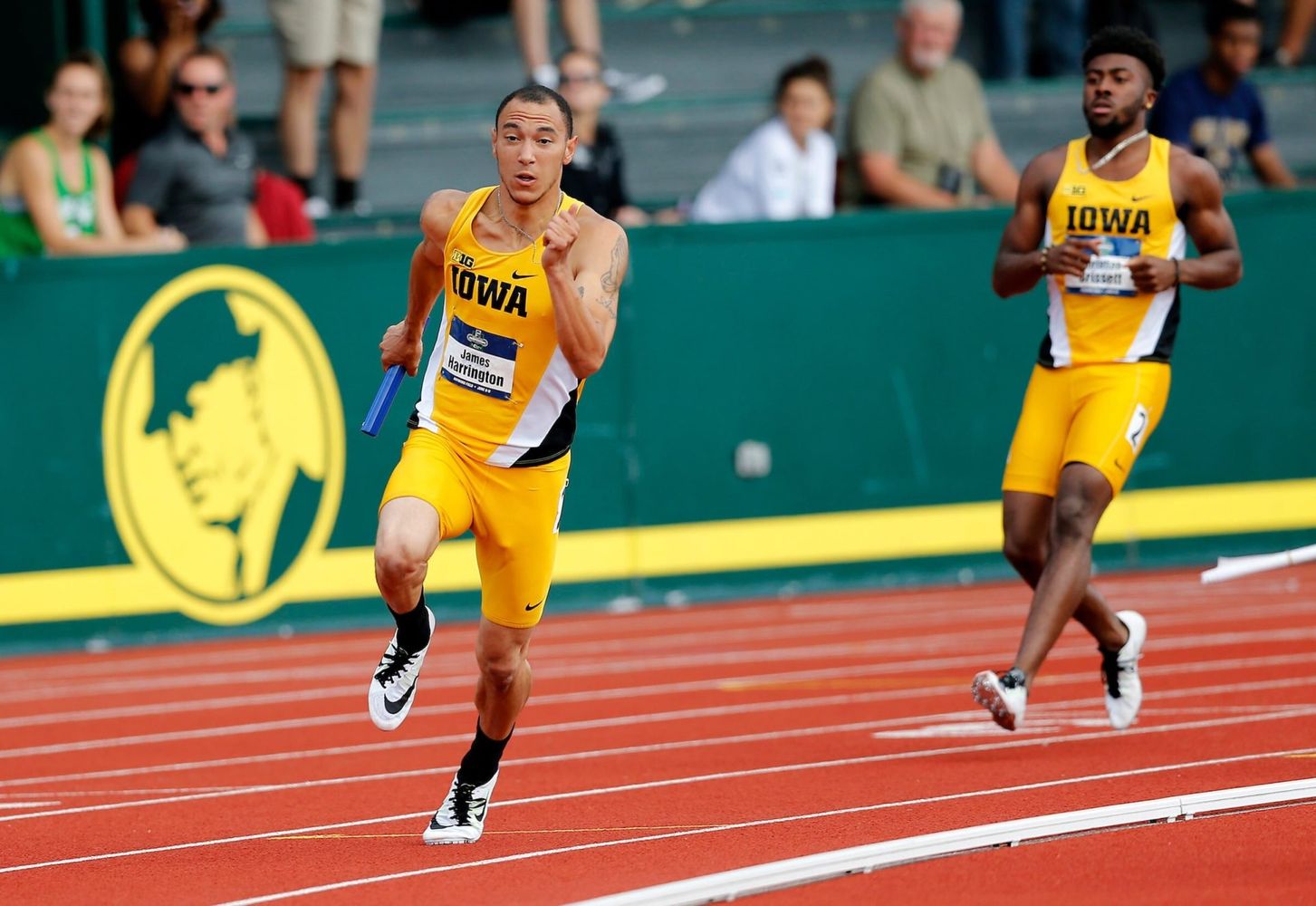 MCCONICO FINISHES SEASON ON TOP
Senior Jaylan McConico won a Big Ten title in the 60-meter hurdles. He ranked second in the country with a 7.60 time, an Iowa school record. McConico broke the school record at the Tyson Invite on Feb. 14. McConico earned Big Ten Track Athlete of the Week honors three times this season.  He was named first team All-Big Ten.

DANIELS MAKES SCHOOL HISTORY
At the Husker Invite on Feb. 8, senior Will Daniels broke Iowa’s heptathlon school record with 5,689 points. He was the runner-up in the heptathlon at the Big Ten Indoor Championships with 5,639 points. He finished the season ranked No. 13 in the nation and No. 1 in school history. He was named second team All-Big Ten.

LAWRENCE STRIKES GOLD AT BIG TENS
Sophomore Wayne Lawrence walked away from the Big Ten Indoor Championships with gold medals in the 200 meters, 400 meters, and 4×400-meter relay. Lawrence earned PRs in all three events, as well as breaking the school record in the 400 meters (45.56). Lawrence was voted Big Ten Track Athlete of the Championships, the first honor for the Hawkeye men’s team in school history. 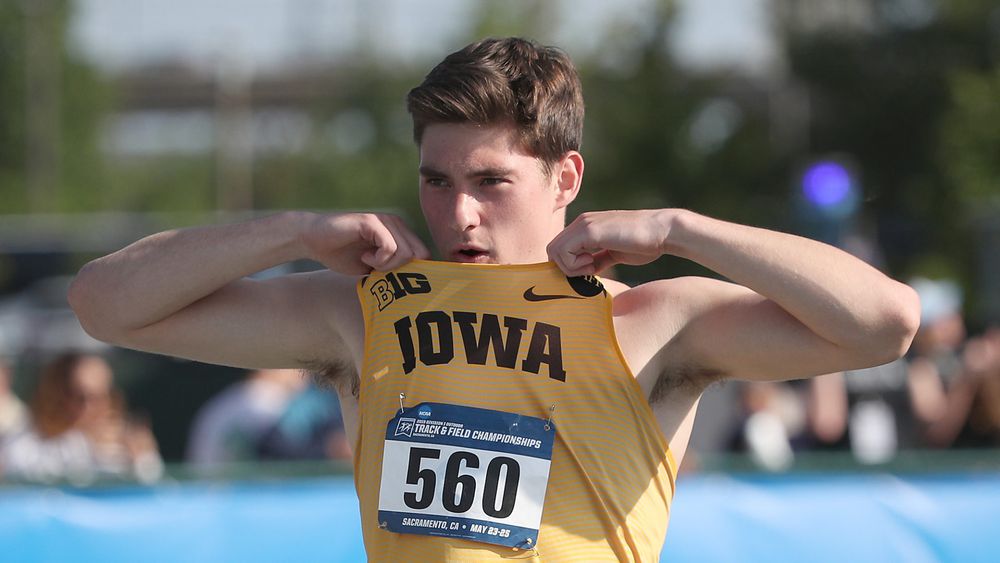 KIMBRO LEADS WOMEN’S TEAM
Senior Jenny Kimbro set a school record in the pentathlon (4,269 points) at the Frank Sevigne Husker Invite on Feb.7. That mark ranked fourth in the nation. She was named Female Athlete of the Husker Meet. Kimbro placed fifth in the pentathlon and was runner-up in the 60-meter hurdles at the Big Ten Indoor Championships in Geneva, Ohio on Feb. 28-29. She was named second team All-Big Ten.