He comes from a family of golfers and even has a photo of himself hitting balls on a driving range when he was 2 or 3 years old. Thanks to a dedicated group of high school teammates, it was common to see McClear on a course in early spring or late fall when temperatures were less than ideal.

Even when Midwest weather conditions made playing golf difficult, it didn’t take long for cabin fever to get the best of McClear and his golf buddies. Off to the course they would go, regardless of what Mother Nature threw at them.

“We all pushed each other throughout our high school days,” said McClear, a native of Hinsdale, Illinois. He then recalled the most adverse of circumstances. “It was probably 28 degrees, the ground was frozen, the greens were frozen. If you needed a 100-yard shot, you only had to hit it 60 yards and it would bounce up to the green. That is probably the worst condition I played in. We were so desperate to play we decided to go out there one day.” 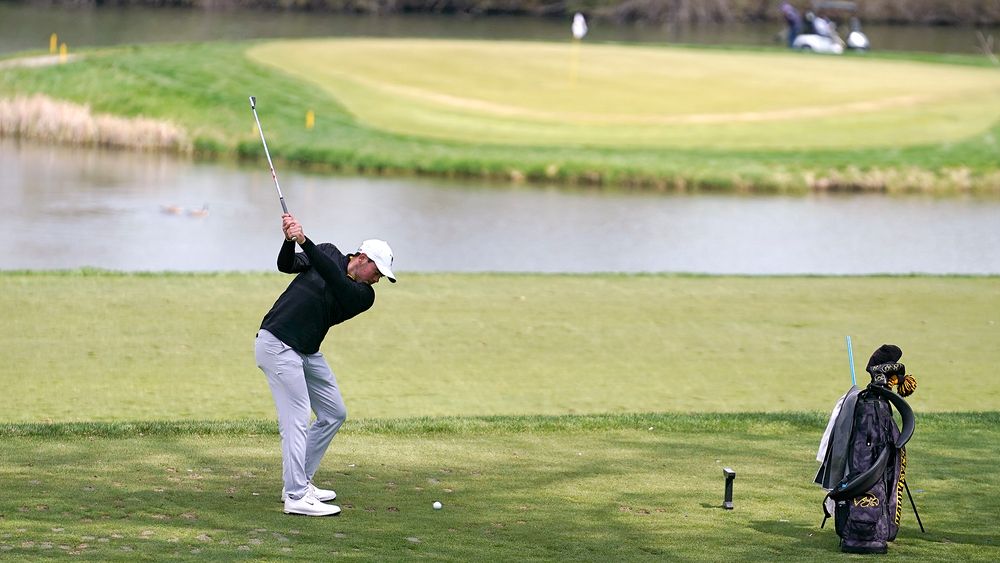 That type of dedication was rewarded when McClear and his Hinsdale Central teammates won the Illinois High School state championship three times. He finished fifth at state as a junior and senior and McClear’s work ethic and results stood out to Iowa head coach Tyler Stith.

“One of the things we try our best to evaluate is how much kids love the game and how hard we think they will work,” Stith said. “I knew Mac loved the game of golf because during the recruiting process when we would have conversations, there would be days where it was barely above freezing and if he wasn’t in school, he would play 36 holes of golf where most people are hiding and aren’t getting their clubs out. Mac would take advantage of having the course to himself and just go out and play.”

McClear was fond of the University of Iowa campus and facilities and being 200 miles from home seemed like a perfect distance. He also competed in junior golf with fellow Hawkeye Garrett Tighe of Algonquin, Illinois, supplying what McClear calls “another piece of home.”

“I like the people here and we have a great team of guys,” McClear said. “We’re all close and that makes it a lot easier to go to practice and workouts. We like to have fun, but we get a lot of good work done, too, and that makes it enjoyable.”

McClear played 12 rounds as a Hawkeye freshman, averaging 75.8 strokes per 18 holes with a low round of 67. He said he struggled with his swing, so when the coronavirus pandemic canceled the season in March, McClear took time off and hit the reset button. He fine-tuned technique and his game returned to form. 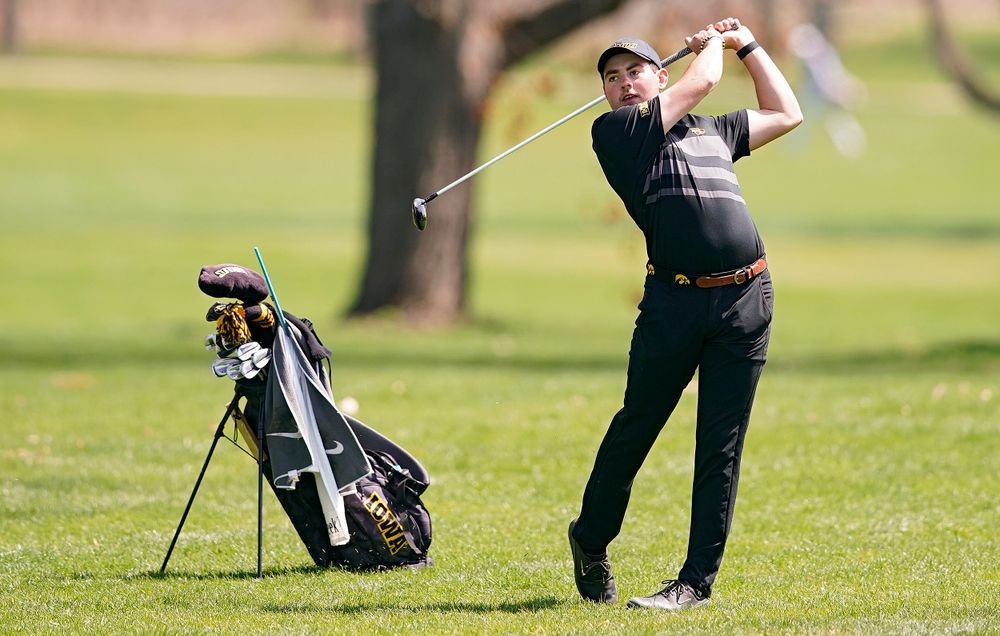 “He has improved as much in a year as any player I have coached,” Stith said. “I don’t think it is a fluke or an accident. He is one of the most diligent, hard-working players I have ever coached. It sets a great example for the rest of the guys and I think it shows them what can be attained if you are committed to your craft and show up for practice and training every day with intent. You work on the correct things and do those little things over and over and over and it leads to massive results.”

McClear has the ability to make any shot. He can hit it low, high, draws, fades. If he hits it into the trees, McClear looks to find an exciting way out of trouble.

“It is being creative and trying to be more of an artist than a robot or machine-like golfer,” he said.

After opening the season with a 3-under par 213 at the Kiawah Invitational on Feb. 15-16 in Charleston, South Carolina, McClear earned his first collegiate medalist honor by firing a 10-under 206 at Spartan Collegiate on March 8-9 at Sea Island in St. Simons Island, Georgia.

“Any time you can win in this game, it’s pretty special,” McClear said. “When I came in as a freshman, I did not think I was going to be a collegiate champion my sophomore year, so that was special.”

He carded rounds of 66-75-65 and enjoyed the ride with teammate Alex Schaake, who was runner-up, three strokes behind.

“It was a flurry finish at the end and that was one of the most special moments of my life,” McClear said.

McClear’s stroke average has dropped to 71.2 this season, with a low round of 65 coming on the final day of the Spartan Collegiate. At the Hawkeye Invitational on April 17-18 in Iowa City, McClear finished runner-up with another 10-under 206, two strokes behind Schaake.

The Hawkeyes head to the Big Ten Championships on April 30-May 2 at Crooked Stick Golf Club in Carmel, Indiana. It is the same course where John Daly won his first major, the PGA Championship, in 1991. Because of McClear’s golf rat mentality, he has watched video highlights of Daly’s win there 30 years ago.

What is it about the sport that drives McClear?

“It can get frustrating, but when you have it, when you figure it out for those few periods of time, it is one of the best feelings in the world.”