THIS WEEK
The 32nd-ranked University of Iowa men’s golf team tees off at the NCAA Regionals May 17-19, in Cle Elum, Washington. The 54-hole event will be played at the Tumble Creek Golf and Country Club.

TOURNAMENT SCHEDULE
The Hawkeyes are set to compete in one of six 54-hole regional tournaments that will be conducted May 17-19. The low five teams and the low individual not on those teams from each region will advance to the finals May 28-June 2.

THE LINEUP
Iowa has not announced its lineup for the event. Individuals will qualify this weekend.

THE COURSE
Tumble Creek is a par-71 that stretches 7,122 yards. One of six regional sites, the pristine course features towering pines and clear blue ponds that perfectly reflect the mountainous landscape which surrounds the area. The course demands precision in all elements of a golfer’s game, rewarding players who roam the rolling hills with confidence and discipline. 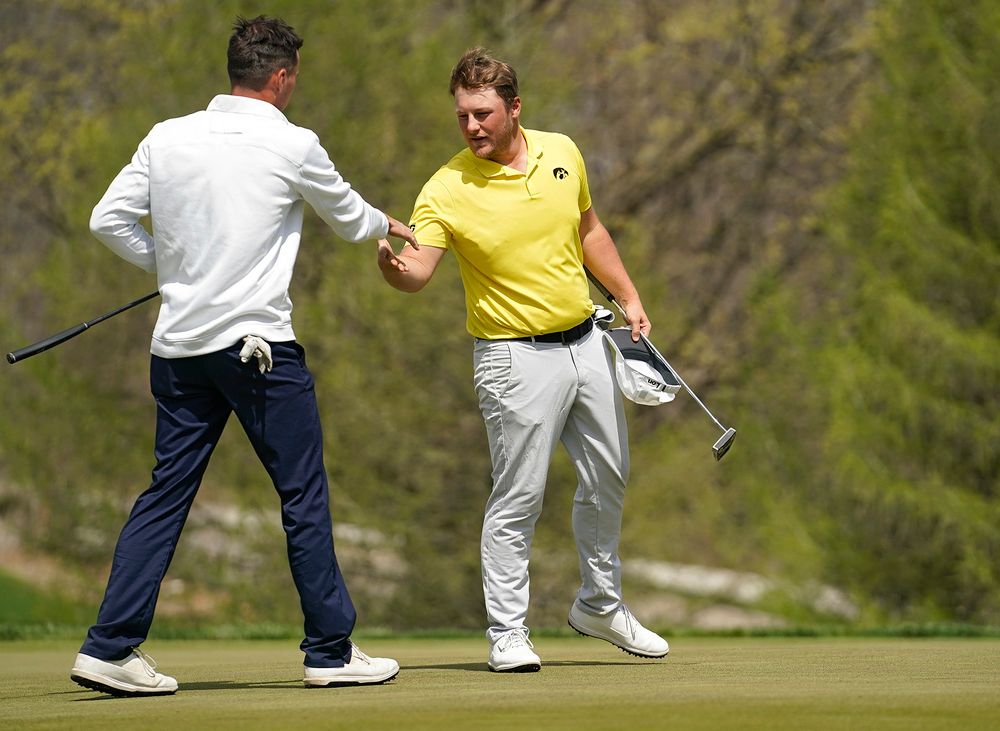 IOWA AT REGIONALS
Iowa is making its 11th NCAA Regionals appearance since 2009. The Hawkeyes placed seventh at the 2019 Austin Regional. There was no 2020 postseason due to the COVID-19 pandemic. The Hawkeyes last qualified for the NCAA Championships in 2012.

ON THE LINKS
The Hawkeyes finished second at the Big Ten Championships last time out. Iowa finished just one stroke behind defending-champion Illinois as Mac McClear placed on top of the leaderboard, notching the program’s first individual Big Ten title since the 2015 season.

RANKINGS AND HONORS
Alex Schaake remains at No. 11 in the PGA TOUR University standings, which matches his best ranking in the metric this season. He trails just one other Big Ten golfer.

Schaake is ranked at No. 42 in the GolfStat player ranking, which is tops for the team.  Mac McClear is up to No. 70 this week.

LOOKING AHEAD
The top five teams from each region, as well as the lowest scoring individual not on an advancing team, will advance to the NCAA Championships at Grayhawk Golf Club in Scottsdale, Arizona.