CHAMPAIGN, Ill. —The University of Iowa track and field team recorded three all-time top 10 performances and set themselves up for a productive Day 2 following opening day performances at the 2021 Big Ten Outdoor Championships.

Nia Britt scored three points for the Hawkeye women, placing sixth in the hammer throw with a mark of 59.87 meters. Allison Wahrman was ninth with a mark of 56.83 meters.
“I was very excited for Nia stepping up and scoring some big team points in the hammer,” said Iowa director of Track and Field Joey Woody.

“Dan Soto finished the night off for the men scoring big points and getting on the podium and medaling,” Woody said.

The Hawkeyes are poised for a strong finish in the multi events, with four athletes in the decathlon and heptathlon sitting in the top four of their respective events.

Tionna Tobias sits in ninth place with a total of 3,160 and finished in the top four in two races. Tobias finished fourth in the 100 hurdles with a time of 13.59, .01 off her career best. Tobias also won her heat of the 200 meters and finished second overall with a time of 24.60.

The Hawkeyes pushed four athletes into he finals of the 400-meter hurdles. Jamal Britt cruised to a first place finish in the men’s 400-meter hurdles prelims with a career best of 50.06. Britt’s time ranks second all-time in program history. Austin Lietz also qualified for the final with a time of 51.70.

Jenny Kimbro led the way for the women in the 400-meter hurdles prelims finishing fourth with a time of 59.01. Mariel Bruxvoort also punched her ticket to Sunday’s final with a career best of 59.48.

QUOTING WOODY
“Today was a great start for both our men and women. We got things going in the heptathlon with Jenny leading the way. She then came back to punch her ticket in the 400-hurdle final. I was very happy with Dallyssa having multiple PR’s today and being in good position going into the final three events tomorrow. In the men’s decathlon, Will and Austin had terrific performances in the long jump and Will had a huge PR in the high jump and Austin in the 400. Those guys are set up well going into the final five events tomorrow. We had multiple athletes punch their tickets to the finals in the 200 and 400 hurdles for both men and women and we are looking good heading into Day 2. Tomorrow is a big day so we just need to keep the focus on ourselves and control what we can control.”

UP NEXT
The University of Iowa track and field team returns to the track tomorrow for Day 2 of the Big Ten Championships. A complete schedule of events and links to live streaming and results can be found at hawkeyesports.com/tracklive. 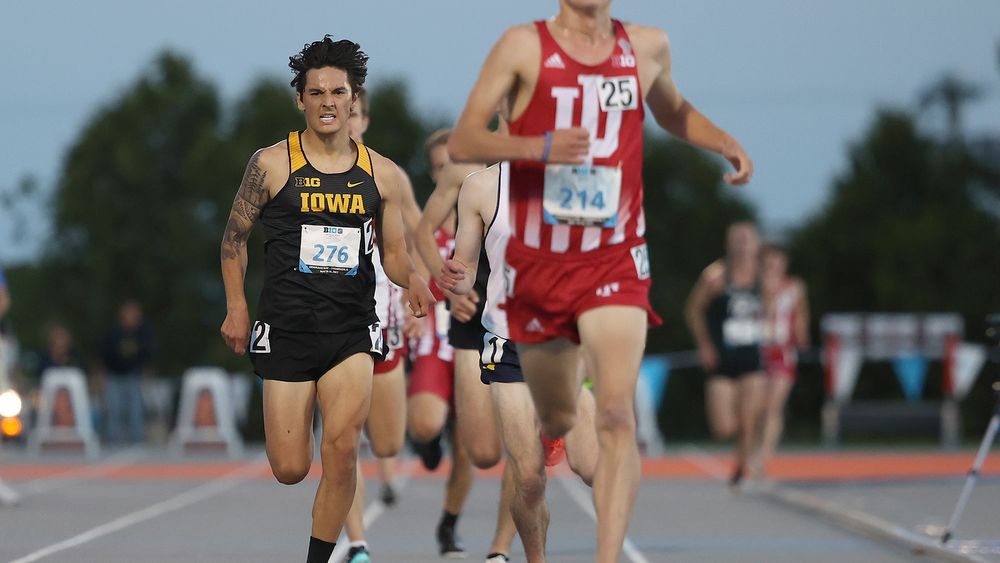