COLLEGE STATION, Texas — After winning Big Ten indoor 60-meter hurdles titles in 2019 and 2020, University of Iowa redshirt senior Jaylan McConico found himself in an odd position when the most recent indoor conference meet was held in February.

“I was like the kid sitting in timeout at recess while your friends get to play,” said McConico, who was out of indoor eligibility.

McConico watched while four other Hawkeyes made the final with three placing in the top four. But as the track and field season transitioned outdoors, McConico moved from timeout and back to the starting blocks. His lane has been on fire since. Fresh off a Big Ten outdoor 110 hurdle title where he ran 13.44 in the preliminary and 13.23 in the final, McConico aims for a return to the top of the award stand at the NCAA West Preliminary on May 26 and May 28 at E.B. Cushing Stadium (women compete May 27 and May 29).

“I want to win the entire thing,” McConico said. “I’m feeling sharp and good enough to run multiple fast rounds that should prepare me for nationals and the (U.S. Olympic Team Trials).”

The top four 110 hurdles qualifying times in the West Region belong to competitors from Iowa and Arkansas. The Hawkeyes sit No. 1 with McConico and No. 3 with junior Jamal Britt (13.45); the Hogs counter with freshman Phillip Lemonious (13.32) at No. 2 and sophomore Tre’Bien Gilbert (13.48) and No. 4. 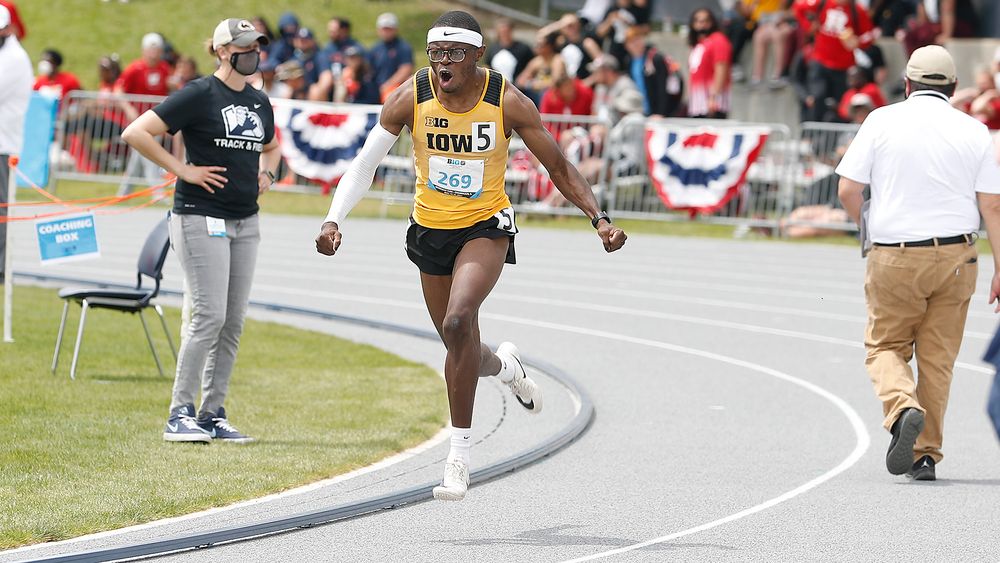 “I let myself feel the feels for the day. Feel the high of the race, then after that it’s back to the drawing board, analyzing the race and seeing what I can do better.”

McConico and Britt will be joined at the starting line by junior teammate Josh Braverman and freshmen Grant Conway and Gratt Reed. That daily competition has prepared the Hawkeye hurdlers for postseason success.

“Every practice feels like the final of some major championship race,” McConico said. “You get that high-caliber hurdling every day.”

McConico has won four consecutive 110 hurdles races with an average time of 14.41 in those wins. He is currently ranked third in the country.

“Each week he has gotten better and is feeling better,” said Joey Woody, Iowa’s director of track and field. “We have to be smart with his training because he doesn’t need a lot. He just needs to feel fresh and healthy going into the competition.”

Like most competitors at McConico’s level, he has overcome nagging injuries during the early part of the season. Trust in training has him ready for fast times now and into June.

“I feel good about the way things are going,” McConico said. 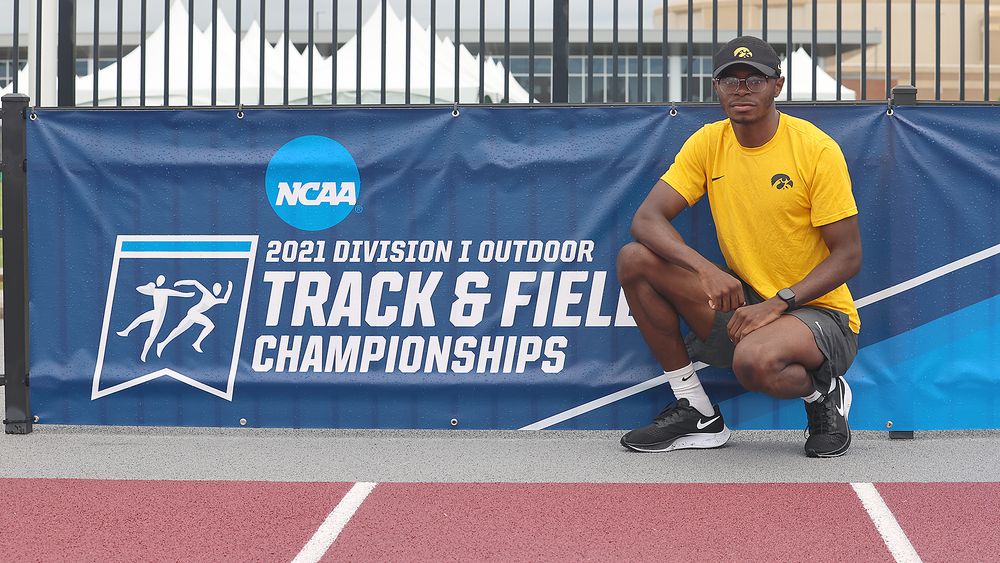 It stands to reason he would be confident after running away from an elite field at the Big Ten Championships on May 18 in Champaign, Illinois. Woody thinks the 13.44 McConico posted in the preliminaries opened his eyes.

“He thought, OK, I can definitely put down a hot time, and then he did it in the final,” Woody said.

“Relief,” McConico said. “I finally felt like myself again, so I let it all out.”

Most of McConico’s training since the Big Ten Championships has been in the film room, analyzing video while trying to perfect techniques like trail leg and foot placement. At this stage of the season, it’s more about rest and diet.

His PR performance at Big Tens has McConico motivated for more.

“I let myself feel the feels for the day,” McConico said. “Feel the high of the race, then after that it’s back to the drawing board, analyzing the race and seeing what I can do better.”

A native of Bolingbrook, Illinois, McConico is a two-time qualifier for the outdoor NCAA Championships. He was 10th in 2018 (competing for Illinois State) and 11th in 2019 (competing for Iowa), earning second team All-America honors both times.

The NCAA West Preliminary begins Wednesday with the men’s hammer throw at 1:30 p.m. (CT). The first round of the 110 hurdles is the first event on the track at 6 p.m.