COLLEGE STATION, Texas — The University of Iowa track and field team advanced seven individuals and two relays to the 2021 NCAA Outdoor Championships in Eugene, Oregon, during the final day of the NCAA West Regional on Saturday.

“Today was a great day for our men’s and women’s programs,” said Iowa director of track and field Joey Woody. “We took a huge step forward and punched tickets to Eugene in multiple events.”

McConico and Britt doubled up at the regional meet by also qualifying for Eugene in the 4×100 relay and the 400 hurdles, respectively. McConico led off the Hawkeye quartet of Woodard, Reed and Kresley, racing to a season’s best time of 39.57 to finish 10th. This is the eighth consecutive postseason that the Hawkeye men qualified a 4×100 relay to the NCAA Championships final site.

Britt finished second in his heat and sixth overall in the 400 hurdles with a time of 49.70.

“Jaylan and Jamal both had great performances in the 110 hurdles,” said Woody. “Jamal came back to run close to his PR in the 400 hurdles and punch a second ticket to Eugene.

“The men’s 4×1 relay got things started, qualifying for the NCAA finals for the eighth straight year. I was proud of how they competed given that was the first time all season we put those four together.”

Laulauga Tausaga and Serena Brown brought home silver and bronze medals in the discus throw with marks of 63.28 meters and 59.81 meters, respectively. Tausaga punched tickets to Eugene in both the shot put and discus for the second time in her career (2018). Tausaga is a four-time NCAA qualifier and defending national champion in the discus. Serena Brown qualified for the NCAA Championships for the third time in her career, her first for the Hawkeyes.

“Lagi and Serena really got things started,” said Woody. “They put together amazing throws and an impressive 2-3 finish.”

Wayne Lawrence, Jr. punched tickets to Eugene in the 400 meters and the 4×400 relay. Lawrence finished second in his heat and fifth overall in the 400 meters with a time of 45.49. He later anchored the quartet of Mckiver, Lietz and Gillum to a section win and ninth-place finish with a season’s best time of 3:04.71.

“I thought Wayne had one of his best meets of the season today,” said Woody. “He had a very impressive 400-meter performance to place runner-up in his heat, and the men capped the day with a season-best in the 4×4 to set us up well to make the finals in Eugene.”

Nathan Mylenek finished second in his heat of the 3,000-meter steeplechase and ninth overall with a time of 8:40.34. Mylenek returns to the NCAA Outdoor Championships after finishing ninth at the final site in 2019.

“Nate Mylenek ran a very strong race from start to finish and proved he is one of the best steeplechasers in the NCAA,” said Woody. “I cannot wait to see what he will do in Eugene.”

Josh Braverman finished 13th in the 110-meter hurdles, one spot outside of the qualifying field, with a time of 13.79.

“I thought the women competed very well throughout the entire weekend. We just didn’t quite make the cut to get some of those events to Eugene,” said Woody. “I thought our men performed extremely well across all of today’s events and dealt well with the weather delays from yesterday. They came out on fire in the first event and closed things out in the final two events. We are set up to have a great NCAA finals. I am very excited for our qualifying crew and I expect that we will put up big points as a team in Eugene.” 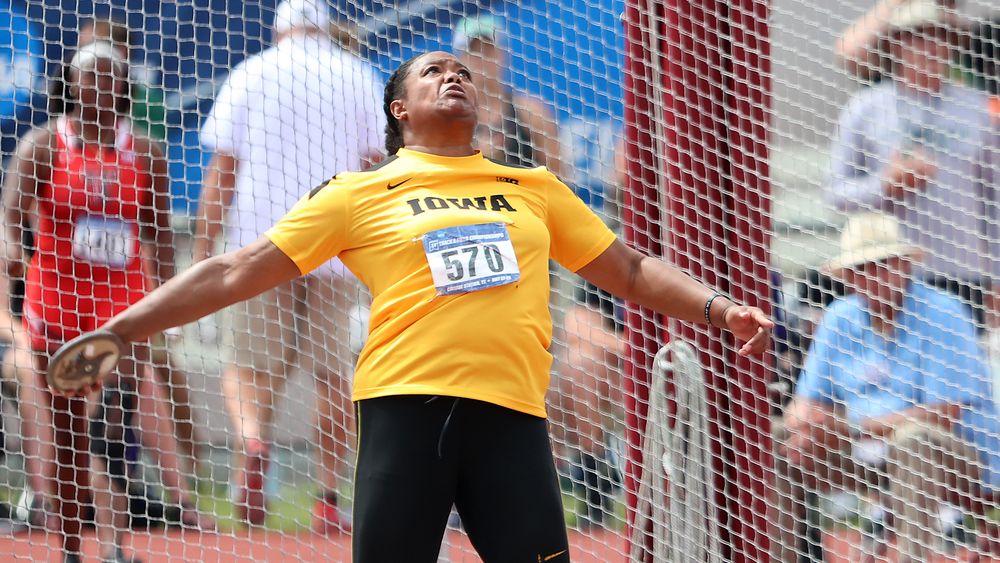 UP NEXT
The University of Iowa track and field team travels to Eugene, Oregon, to compete at the 2021 NCAA Outdoor National Championships from June 9-12. A complete schedule of events and links to live streaming and results will be available at hawkeyesports.com/tracklive.