THIS WEEK
The University of Iowa women’s golf team heads to Madison, Wisconsin, to compete at the Badger Invitational from Sept. 19-21. The event will be played at University Ridge Golf Course with 18 holes being contested each day.

THE COURSE
The University Ridge Golf Course is a 6,302-yard par-72 course and it was ranked as the No. 1 golf course in the state of Wisconsin. The golf course itself spreads across the beautiful rolling hills and bowls that accentuate the grass-covered, moonscape that typifies the moraine characteristics and then it gently flows into the dense forests of Wisconsin’s Woodlands. The Badger Invitational returns for the first time since 2011.

MIRANDA’S DEBUT
Freshman Paula Miranda paced the Hawkeyes in her first collegiate tournament, shooting a five-over par 221 (74-74-73) at the Branch Law Firm/Dick McGuire Invitational in Albuquerque, New Mexico. The Mexico native’s final round 73 was tied for the lowest round on the team in the tournament with junior Morgan Goldstein. 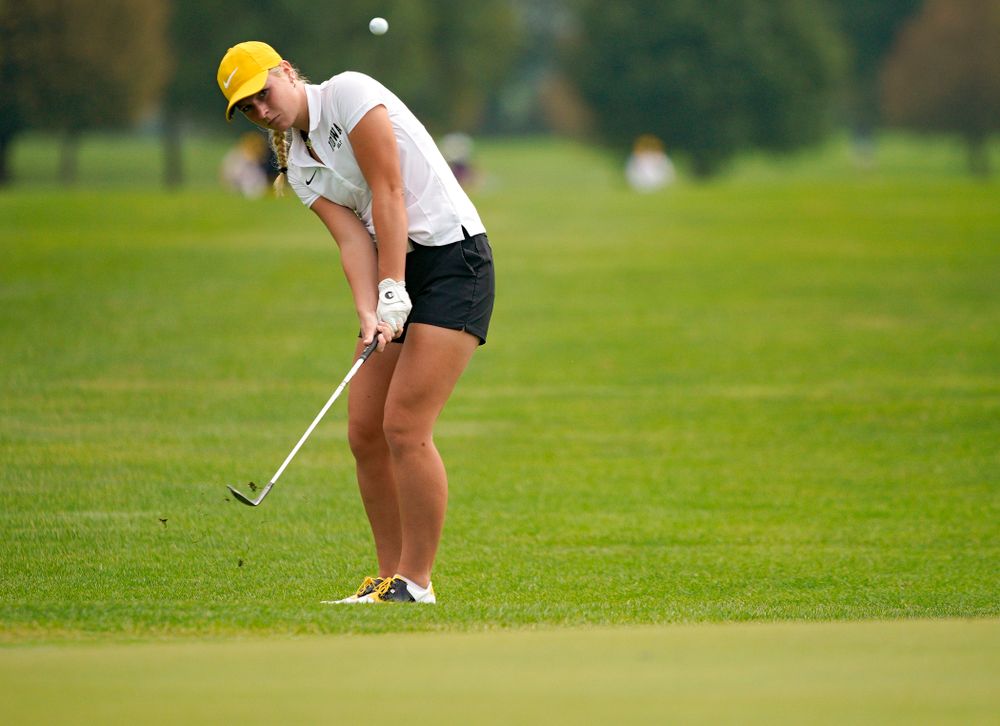 PRESEASON HONORS
Juniors Jacque Galloway and Morgan Goldstein along with sophomore Klara Wildhaber were named to the Big Ten Golfers to Watch List for the 2021-22 season.
• Galloway posted a 75.7 scoring average over 23 rounds as a sophomore. She recorded a season low score of 70 (-2) in the first at the BYU Spring Classic before going on to tie for 58th at the Big Ten Championships with a 232 (+16).
• Goldstein finished the 2020-21 campaign with a 74.4 scoring average over 20 rounds. The Las Vegas, Nevada, native recorded a career-low 69 (-3) at the Chattanooga Classic during the season. She finished her sophomore campaign tying for 24th at the Big Ten Championships with a score of 222 (+6).
• Wildhaber led the Hawkeyes with a 73.9 scoring average over 20 rounds during her first season in Iowa City. The Switzerland native tallied five top 25 finishes during the year, which included two top five finishes. Wildhaber tied for 24th at her first Big Ten Championships, finishing with a six-over par 222.

LOOKING AHEAD
The Hawkeyes will take a month off before returning to action at the White Sands Bahamas NCAA Golf Invitational from Oct. 22-24 in Nassau, Bahamas. It is the first of two international trips for the team this season.