THIS WEEK
The University of Iowa men’s golf team tees off the 2022-23 season in South Bend, Indiana, at the Fighting Irish Classic. Play at Warren Golf Course takes place Sunday and Monday.

TOURNAMENT SCHEDULE
The 54-hole tournament opens with two rounds on Sunday with the final 18 holes to be played on Monday. The Hawkeyes are paired alongside Virginia Tech and Georgia Southern for each round.

THE LINEUP
The Hawkeye lineup is headed by senior Mac McClear, followed by seniors Garrett Tighe and Gonzalo Leal Montero. Sophomore Ian Meyer and junior Callum Macfie round out the lineup. One of Iowa’s low scorers from last season will not compete due to injury.

THE COURSE
One of the premier collegiate courses, Warren Golf Course was rated the No. 70 public golf course in North America by GOLF in 2021. Spanning 7,020 yards, the par 71 course has hosted numerous prominent tournaments including multiple US Open qualifiers and the 2019 US Senior Open.

HISTORY AT FIGHTING IRISH CLASSIC
The Hawkeyes won the 2010 Fighting Irish Classic with a team score of 853 (+13). Iowa placed fourth at the event in 2018, posting a combined score of 833 (-13) to mark the second-lowest team score in program history, and finished third in 2019. Iowa placed 10th at the tournament last season. 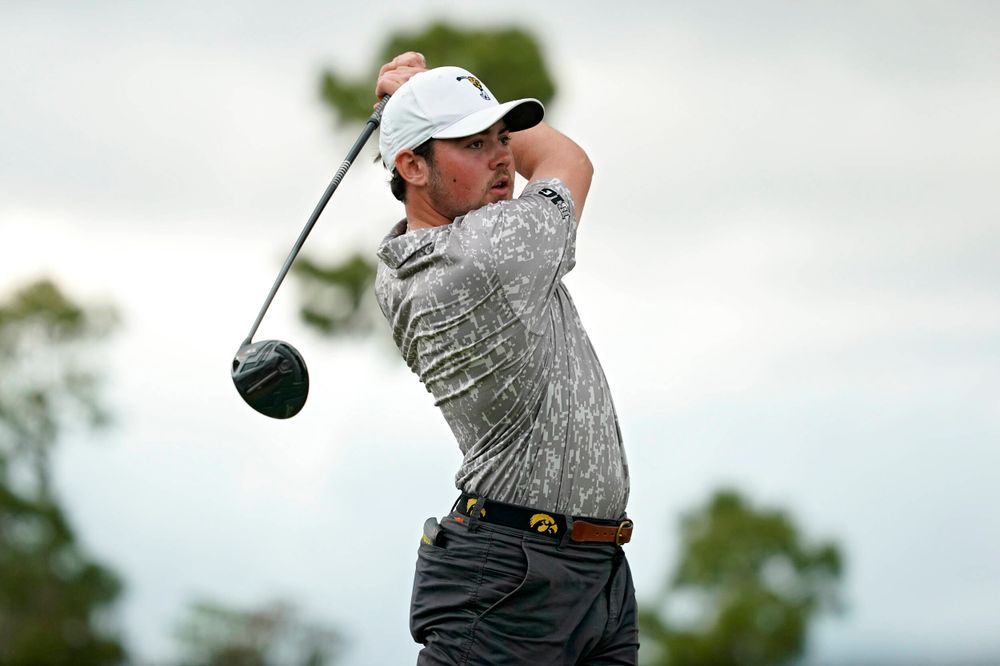 SENIOR LEADERS
Four seniors will provide leadership to the Hawkeye lineup this season. Leal Montero returns after competing as Iowa’s lone senior last year. He is joined by a former Big Ten Champion in McClear, as well as Iowa’s second-low scorer last season in Kleu. Tighe was also a frequent starter for Iowa.

PRESEASON HONORS
McClear, Kleu, and Leal Montero were named Big Ten Golfers to Watch this week. The recognition was the second conference preseason honor for each Hawkeye; McClear and Kleu were both recognized last fall, while Leal Montero last earned preseason accolades in 2019.

COACH IHM RETURNS HOME
Steven Ihm (’14) returns to the Iowa men’s golf program this season as a volunteer assistant coach. In three seasons as a Hawkeye golfer, Ihm was a four-time medalist, finishing atop the leaderboard at both the Hawkeye Invitational and Boilermaker Invitational in 2013 and 2014. Ihm’s teams qualified for NCAA Regionals each year and placed 22nd at the NCAA Championships in 2012. His personal-best 18-hole round of 64 ties for third in the Iowa record books.

HEAR FROM HEAD COACH TYLER STITH
“We’re excited to start the season. We’ve had two weeks of productive practice. The guys are engaged and working hard. Now, it’s time to take what we’ve learned and apply it in a competitive environment.”

LOOKING AHEAD
Iowa travels to Inverness Golf Club in Toledo, Ohio, on Sept. 26-27 for the Inverness Intercollegiate.