THIS WEEK
The University of Iowa men’s golf team tees off at the Inverness Intercollegiate on Monday in Toledo, Ohio. Round One begins Monday at 7:45 a.m. (CT).

TOURNAMENT SCHEDULE
The 54-hole tournament opens with two rounds on Monday with the final 18 holes to be played on Tuesday. On Monday, one “feature” hole will be live streamed throughout the day starting at 9 a.m. (CT). On Tuesday, ESPN+ will carry live coverage of all the third round action.

FOLLOW THE ACTION
You can follow this week’s action by visiting golfstat.com for live scoring. Links for scoring, the live stream and ESPN+ can be found on the men’s golf schedule page at hawkeyesports.com.

THE LINEUP
The Hawkeye lineup is headed by seniors Mac McClear, Ronan Kleu, and Garrett Tighe. Sophomore Ian Meyer and fifth-year Gonzalo Leal-Montero round out the Iowa starting five.

THE COURSE
Inverness Golf Club is home of the Toledo Rockets and is one of the most storied clubs in the United States. Inverness is the only golf course to have hosted the U.S. Open, U.S. Amateur, U.S. Senior Open and U.S. Junior Amateur championships. The course has hosted four U.S. Opens, two PGA Championships and two NCAA Men’s Championships since it opened in 1903. Future professionals who played collegiate golf at Inverness include Dustin Johnson, Brooks Koepka and Billy Horschel to name a few. 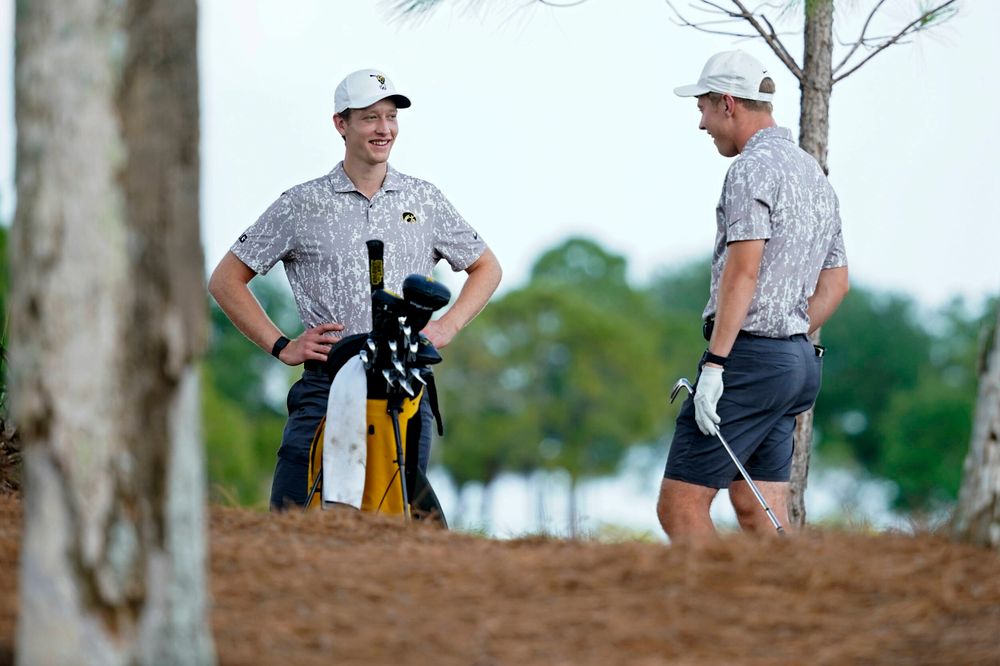 HISTORY AT INVERNESS
The Hawkeyes last competed at Inverness Golf Club during the 2009 NCAA Championships, where they placed 17th with a team score of 887 strokes through three rounds (301-296-290).

ON THE LINKS
Iowa opened the season with a 12th place finish at the Fighting Irish Classic at Warren Golf Course in South Bend, Indiana.

SENIOR LEADERS
Four seniors provide leadership to the Hawkeye lineup this season. Leal Montero returns for a fifth year after competing as Iowa’s lone senior last season. He is joined by a former Big Ten Champion in McClear, as well as Iowa’s second-low scorer last season in Kleu. Tighe was also a frequent starter for Iowa.