THIS WEEK
The University of Iowa women’s golf team heads to Lawrence, Kansas, for the Marilynn Smith Sunflower Invitational from Oct. 17-18. The event, which is the Hawkeyes’ final tournament of the fall season, will be played at the Lawrence Country Club with the first 36 holes will be contested Monday followed by the final 18 on Tuesday.

THE COURSE
The Lawrence Country Club Course was voted a top-five golf course in the Midwest region.This par 72,18-hole, 6,125-yard course features rolling hills and tree lined fairways throughtout all 18 holes. The course was originally designed by Perry Maxwell in 1936 and was redesigned in 2006 by CE Golf Design, who has designed many courses across the East Coast and Midwest. 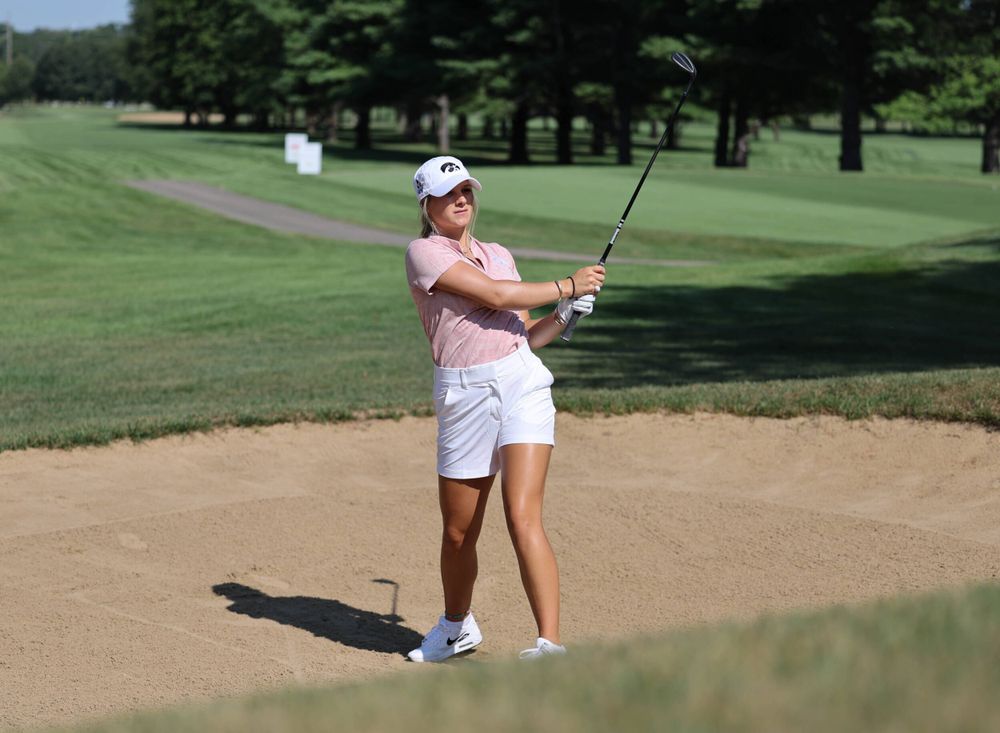 FRESHMEN ON A ROLL
The trio of Hawkeye freshmen – Shannyn Vogler, Riley Lewis and Madison Dabagia – have led the way for the Hawkeyes this fall season. Vogler currently leads the team with 73.88 scoring average, which would put her seventh all-time for individual scoring averages. While Lewis and Dabagia lead the team in birdies, with both averaging over 2.5 a round. Lewis tied for 15th at the Ron Moore Intercollegiate on Oct. 18, while Vogler tied for 16th at the Badger Invitational. Lewis’ final round 68 in Colorado was the team’s lowest round of the season.

LOOKING AHEAD
Iowa will open the spring season, facing Colorado between the dates of Jan. 27-30 in Seal Beach, Calif.