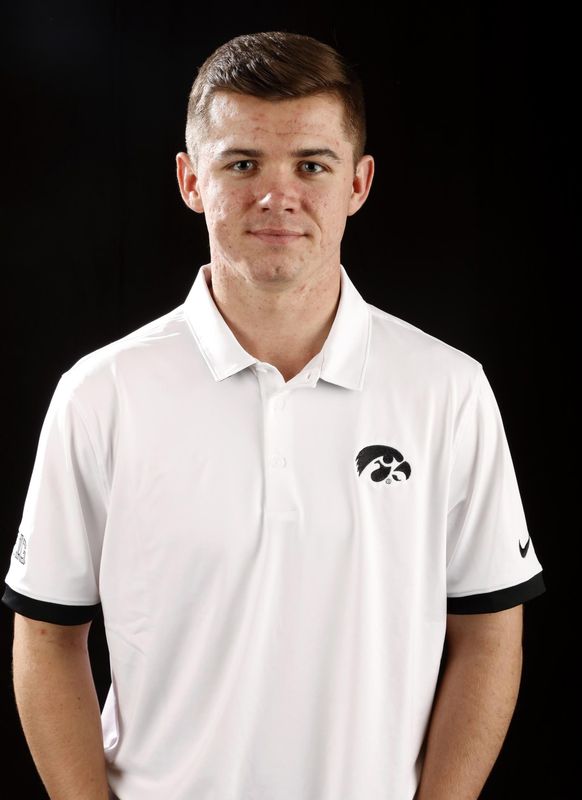 Fall 2018 — Competed in all five Hawkeye events… recorded two top-25 finishes including one top-10 finish… tied 10th at the Marquette Intercollegiate at Erin Hills with a 54-hole of 217 (+1)… tied for 22nd at the Golfweek Conference Challenge with a 36-hole score of 144 (E)… fired five rounds at or below par… posted his lowest 18-hole score of 71 (E) at the Gopher Invitational.

Spring 2018 — Competed in five events in the spring… finished a career-best third place at the Hawkeye Invitational while competing as an individual… carded an 18-hole career low and Hawkeye best 66 in the second round of the Big Ten Championships to tie for 15th place… posted a 3-1 record at the Big Ten Match Play event… ranked second on the team in 18-hole scoring average at 73.21 strokes per round in 14 total rounds… letterwinner.

Fall 2017 — Competed in three tournaments… tied for a career-best 18th at the Zach Johnson Invitational when competing as an individual… posted one round at or below par along with a 75.11 strokes-per-round average… carded a career-low 18-hole score of 67 at Windon Memorial Classic… career-best 54-hole score of 215 also came at Windon Memorial Classic… his 67 tied Benton Weinberg for the low-18 hole Hawkeye score.

Spring 2017 — Competed in the Hawkeye Invitational finishing tied for 59th… averaged 75.66 stokes-per-rounds in the 54-hole event… posted an even-par 72 in the final round.

Fall 2016 (at Kansas) — Competed in three events, two of which he played as an individual … played his first collegiate tournament at even-par … recorded a career-best, 68, at the Maui Jim Intercollegiate.

High School — Four year letterwinner… won a conference team championship from 2012-14… state champion (3A) as a freshman and junior, placing second as a sophomore… finished runner-up at the 2014 Southeast Iowa Amateur… his 65 strokes is the lowest recorded score for an 18 hole round in 3A competition.