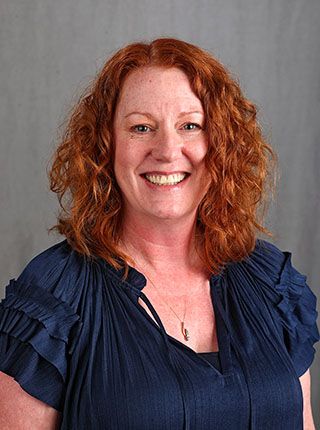 Dr. Patricia Espe-Pfeifer was named to the position of director of sports psychology and student-athlete mental health services for University of Iowa Athletics in June, 2022.

Espe-Pfeifer joins the UI Athletics staff after serving as a clinical professor and neuropsychologist with the UIHC Department of Psychiatry since 2004. Espe-Pfeifer is a faculty member and provider within the UIHC Stead Family Children’s Hospital and has served as director of child psychology and pediatric neuropsychology services with child psychiatry. She works closely with UI Sports Medicine Concussion Clinic and is an interdisciplinary team member for the Neurocritical Care, Tuberous Sclerosis Complex, and Pediatric Epilepsy clinics.

Espe-Pfeifer has authored more than 20 publications and creative works and nearly 50 published abstracts.

Espe-Pfeifer is married to Jason Pfeifer. The couple have three children — Raina, Nikolaus and Amara.