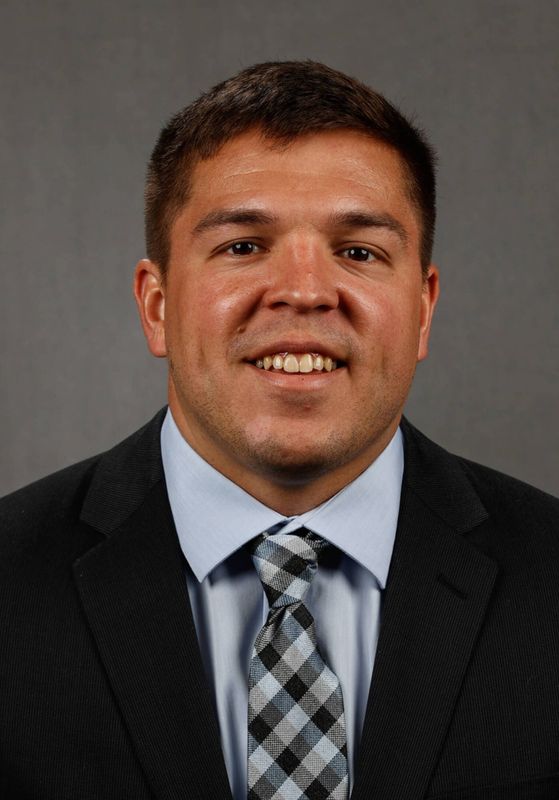 Adam Cox, a former member of the Hawkeye football team, is in his second year as a graduate assistant coach with the University of Iowa football program. He assists with the Hawkeye defense. Cox was a Hawkeye fullback during his playing career, lettering in 2013 and 2015.

Cox returned to Iowa after serving as a graduate assistant coach at Central Michigan. He worked with the defensive secondary and special teams in 2018 and 2019 before coaching linebackers in 2020. Central Michigan won the MAC West Division in 2019 and competed in the New Mexico Bowl.

As a fullback for the Hawkeyes, Cox saw action in all 14 games in 2015 as the Hawkeyes posted a 12-2 overall record and won the Big Ten West Division. Iowa dropped a last-minute decision to Michigan State in the Big Ten championship game and earned a trip to the 2016 Rose Bowl. Cox missed the 2014 season due to injury.

Cox was a member of the Leadership Group as a senior in 2015 and was awarded the Brett Greenwood Award following the season. He earned Academic All-Big Ten honors as a senior as well.

Cox joined the program as a walk-on after attending Stillman Valley (Illinois) High School. He was put on scholarship prior to the 2014 season. He saw action in all 13 games in 2013, with three starts.

Cox earned his bachelor’s degree from Iowa in Health and Human Physiology.

As a prep Cox earned honorable mention all-state honors as senior and was named Stateline Player of the Year while playing both fullback and linebacker. He earned first-team all-conference honors as a junior and senior and served as team captain his final season. Cox helped his prep team post a 27-1 record his final two seasons, winning a state title as a junior before falling in the championship game his senior season. His career totals include 2,979 rushing yards and 46 touchdowns in two seasons, along with 200 career tackles.