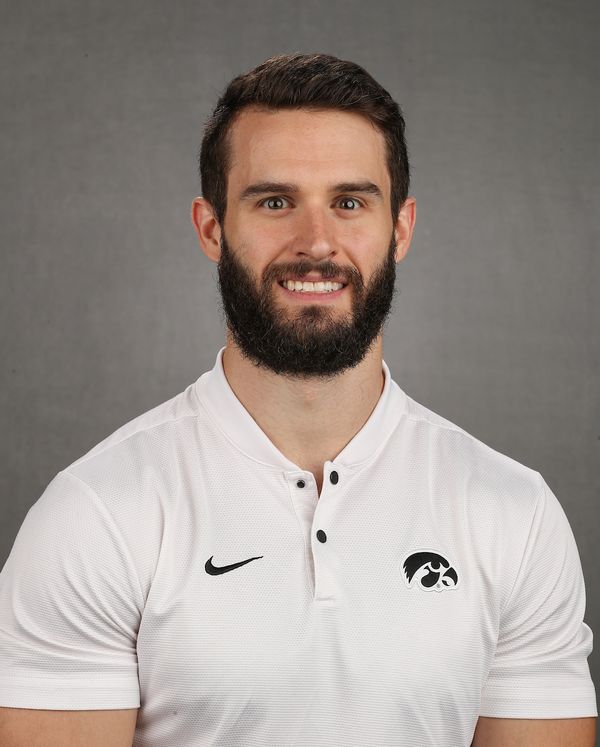 During session II at the NCAA Championships, Iowa placed fourth for the second straight year in the NCAA Qualifier with a score of 412.500.

During the Big Ten Championships, Paterson led the way for Iowa, earning the first All-Big Ten recognition of his career with a runner-up result of 14.350 on high bar. Botto finished seventh (13.775) on rings, Springett tallied a fifth-place finish (14.050) on rings, Ellsworth earned a fifth-place finish (14.300) on vault, and junior Elijah Parsells tied for sixth (13.950) on pommel horse. Sophomore Jake Brodarzon was awarded with Iowa’s Big Ten Sportsmanship Award following the meet.

2016–The Hawkeyes made strides in 2016 despite finishing eighth in the nation. For the first time in program history Iowa recorded a team score of 430+ in January, tallying scores of 430.850 on Jan. 23 against Illinois and 431.800 the following day at UIC.

During session II at the NCAA Championships, Iowa placed fourth in the NCAA Qualifier with a score of 423.250, missing the cut for team finals. Senior Jack Boyle was nominated for the Nissen-Emery award given to the country’s most outstanding senior gymnast, Iowa’s first nomination since Jonathan Buese in 2010.

On Senior Night, senior Jack Boyle bested his own Iowa school record of 86.800 with an 87.600 effort in the all-around to lead the Hawkeyes to an upset over Minnesota.

2015–For the second time in the last three seasons the Hawkeyes finished as one of the top teams in the country, placing sixth at the NCAA Championships and had an All-American honored for the third straight year.

During session two of the NCAA National Qualifiers, Iowa put together one of their best performances of the year with a third place finish and a score of 435.050, qualifying them for the team finals. In the team finals, the Hawkeyes recorded a score of 427.450 and placed sixth nationally.

Junior Jack Boyle was given All-American status for the first time in his career following his performance on high bar at the NCAA Championships. Boyle’s 14.850 was good enough to advance to individual event finals where he tallied another 14.850, qualifying him as an All-American.

Boyle also earned Co-Big Ten Gymnast of the Week honors for his efforts in a win over UIC in Iowa’s season opener. He grabbed two event titles on rings (15.400) and floor exercise (14.750).

Junior Doug Sullivan was given All-Conference honors on pommel horse following his performance at the Big Ten Championships. Sullivan placed third at individual event finals, recording a score of 14.800.

Senior Matt McGrath earned Big Ten Gymnast of the Week and College Gymnast Association Gymnast of the Week honors for his efforts in Iowa’s win over Nebraska in March. He led the Hawkeyes to victory, winning event titles on floor (15.600) and vault (15.300), and placing second on rings (15.350).

2013–The men’s gymnastics team completed its most successful season in nearly a decade in 2013 with the help of assistant coach Ben Ketelsen. The Hawkeyes finished fifth nationally, marking the program’s best finish since 2000, and finished with three All-America honors, the most since 2005. The fifth-place finish marked the third-best of any Big Ten school in 2013.

During the opening day of the NCAA Championships at Rec Hall in University Park, Pa., the Hawkeyes finished third in the second session of the NCAA National Qualifier. Their score of 426.550 earned them a berth in the team finals, marking the first time Iowa qualified for the team finals since 2006. The top three teams from each session (12 teams total) advanced to the team finals.

At the team finals, the Hawkeyes tallied a score of 426.450 to finish fifth in the nation, marking the program’s best finish since 2000 when it finished third.

Iowa did not stop there. Balboa and fellow senior Anton Gryshayev earned All-America honors on the final day of competition at the NCAA Event Finals. Iowa had three gymnasts qualify for the NCAA Event Finals. Gryshayev, Balboa, and sophomore William Albert competed on the still rings. Gryshayev led the Hawkeyes with his score of 14.925 to place seventh on the event, while Balboa finished one spot behind with a 14.875. Albert rounded out the top-10, scoring 13.125. The top eight gymnasts on each event received All-America honors.

2013–Iowa finished the 2013 season with three All-America honors — marking the first time since 2005 the program has garnered three or more in a single season.

Ketelsen, who hails from Lancaster, Ohio, has been a member of the Iowa men’s gymnastics program for the last six years. He competed at Iowa from 2007-11 before serving as a volunteer assistant coach in 2012.

Ketelsen was a four-year letterwinner for the Hawkeyes and served as team captain in 2010 and 2011. He was a Big Ten event finalist and an NCAA qualifier.

Ketelsen earned his Bachelor of Arts degree from Iowa in 2011.